Some 14 people have been killed after a cable car fell to the ground on a mountainside in the Piedmont region of Northern Italy on Sunday.

Only one out of a total of 15 passengers has survived. 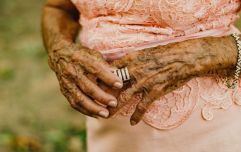 END_OF_DOCUMENT_TOKEN_TO_BE_REPLACED

A five-year-old boy from Israel, who has been identified as Eitan Biran, is in hospital after suffering broken bones. Biran was reportedly conscious as emergency services arrived at the scene, despite requiring surgery at a local children's hospital in Turin, the Independent reported.

The cable car reportedly fell close to summit of the Mottarone mountain at about 12pm local time, according to Italy's mountain rescue service.

The Mayor of Stresa, Marcella Severino, said that it appeared that the cable had broken, which sent the car spinning until it hit a pylon and plunged to the ground.

She added that the cable car then overturned "two or three times before hitting some trees."

The mayor told SkyTG24: "It was a terrible, terrible scene."

At least 13 people died when a cable car linking Italy's Lake Maggiore with a nearby mountain in the Alps plunged 20 meters to the ground, according to local officials and rescuers https://t.co/7piJrnUQVg pic.twitter.com/LaxTvGGZNz 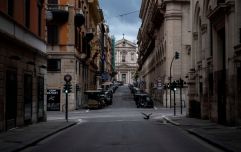 #Covid-19: Italy to begin easing lockdown restrictions from next week

END_OF_DOCUMENT_TOKEN_TO_BE_REPLACED

The Italian government has already launched an investigation into the cause of the tragic incident and prosectors are looking to discover whether there is any criminal blame linked to the event.

Six of the victims who died are thought to be Israeli, while the others are Italian citizens, including one man who was born in Iran, according to Italian media.

The Italian Prime Minister Mario Draghi has offered his condolences to the victims' families after Sunday's tragedy.

He said: "I express condolences on behalf of the whole government to the families of the victims, with a special thought for the seriously injured children and their families."

popular
Ronan Keating worried about son Jack as he is "quiet" on Love Island
Gemma Owen gets to know Jack Keating as her head turns on tonight's Love Island
Penneys has a perfect dupe for Charlotte Tilbury's Flawless Filter foundation
So it seems Ekin-Su once competed as Miss Ireland before Love Island fame
Irish man rescued after he went missing for three nights in New York swamp
WATCH: The moment dad attacks 3-year-old son's suspected murderer in court
Love Island's Gemma finally tells villa about dad Michael Owen on TV
You may also like
7 months ago
You can rent out the house from House of Gucci on Airbnb
10 months ago
You can now buy a house in an Italian town near Rome for €1
10 months ago
Kendall Jenner is being sued for $1.8 million for allegedly skipping a photoshoot
1 year ago
You can now rent the Italian villa from Normal People on Airbnb
2 years ago
You need to watch this Sky News report on Italy's Covid-19 emergency
2 years ago
Department of Health says Ireland vs Italy Six Nations game should not go ahead due to coronavirus
Next Page