The location has since been sealed off.

Gardaí in Cork City are investigating a property after suspected human remains were found under the floorboards.

RTÉ reports that the discovery was made inside the former Nancy Spain's Pub on Barrack Street. The pub is set to be demolished to make room for the development of a social housing scheme. 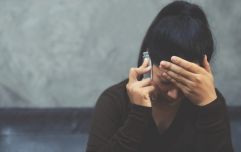 END_OF_DOCUMENT_TOKEN_TO_BE_REPLACED

The location has since been sealed off to allow authorities to investigate.

It's been reported that the bones are thought to be historical, but confirmation of this from a garda forensic team is pending.

Additionally, construction work at the site has been stopped.

The pub in question was hugely popular as a music venue with locals, but it has been closed for over 10 years now.