The tallest man in America has died, aged 38

The tallest man in the USA has passed away at the age of 38 after suffering from a heart problem.

Breaking the news on Facebook, his mother said that he passed away on Friday at the Mayo Clinic, where she works as an ICU nurse. 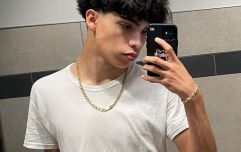 END_OF_DOCUMENT_TOKEN_TO_BE_REPLACED

Igor Vovkovinskiy had a condition called pituitary gigantism that caused growth hormone to increase at a more rapid rate, reaching 7ft8 in height.

His mother Svetlana said her son had died in Rochester, Minnesota, after moving there from the Ukraine in 1989 to seek medical treatment for Igor's condition.

After two different surgeries were successful in saving his life, they couldn't stop him from growing and by age 27, the Guinness World Records declared Igor as the tallest person in the US.

His mother wrote on Facebook: "Igor died on August 20 at 22:17 pm in hospital from heart disease. He and his older brother Oleh were with him until the end. His last dinner was: a piece of Kyiv cake and Fanta.

"A few hours before his death, he was accompanied by Oleh's wife Alla and children. Igor was glad to see them, and although it was difficult for him to speak, he tried to joke about his nephew Andriy, whether he had learned the Ukrainian language in a month in Ukraine." 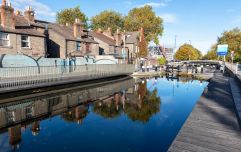 A man's body has been pulled from Dublin's Grand Canal

END_OF_DOCUMENT_TOKEN_TO_BE_REPLACED

While once the tallest person on earth, Igor's title has since been taken over in 2016 by Turkish man Sultan Kösen who stands at a whopping 8ft2.

You also may remember Igor from the 2013 Eurovision Song Contest when he carried the Ukraine's singer Zlata Ogvevich out on stage to make her seem smaller.

He was notified again by media in 2009 when he was spotted at an Obama rally wearing a "World's biggest Obama supporter" t-shirt, which the former president thought was amazing.

popular
Vicky Phelan says she wants to pass away in holiday home "for the kids' sake"
Rob Kearney and Jess Redden arrive at wedding venue ahead of big day today
Here are the new restrictions being considered for Christmas
Nphet recommend concerts to be reduced by half until January
Irish man in his 20s dies after being kicked by a horse
Three men arrested in Down for murder of 20 year old woman
Brother of Amber Gibson charged in connection with her death
You may also like
2 weeks ago
Singer Chris Daughtry "devastated" by sudden death of stepdaughter, Hannah
3 weeks ago
Elaine Crowley heartbroken after mum passes away
1 month ago
WATCH: The trailer for What Happened, Brittany Murphy? is out now
2 months ago
Designer Tom Ford's husband of 35 years dies at 72
3 months ago
Richard E Grant's wife Joan Washington has died
3 months ago
Tributes paid to Longford woman who died in equestrian accident
Next Page