The Fianna Fáil leader recently described the pain of losing two of his children.

An Taoiseach Micheál Martin has spoken publicly about the pain of losing two children.

In a feature for The Irish Times, Mr Martin opened up about how his life was impacted by the death of two of his children, Ruairí and Léana. 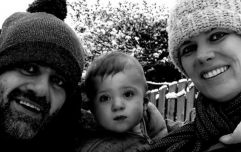 END_OF_DOCUMENT_TOKEN_TO_BE_REPLACED

Martin and his partner Mary suffered the devastating loss of their third child Ruairí in 1999. He told the newspaper that the baby boy sadly passed away from cot death when he was just five weeks old.

"A trauma of that kind never hit me until then, so your certainties kind of ebb away a bit," he said.

The politician added that in the aftermath of Ruairí's passing, caring for his two older children Micheál Aodh and Aoibhe, as well as routine, helped him heal from the loss.

Sadly, Léana died unexpectedly at the age of seven. He told The Irish Times that he didn't know if he'd be able to continue with his career in politics after his daughter's passing, describing it as an "awful time".

He added that the support of his wider family, as well as "simple things" such as walking and exercising helped the family come to terms with the devastating loss.

If you have been affected by any of the issues raised in this piece, resources are available. Anam Cara offers support for parents after bereavement. You can also contact The Samaritans on 116 123.

popular
Miracle baby on the way for bride whose partner died on wedding day
Tributes pour in for 28-year-old primary school teacher killed in London
Garth Brooks gives an update on those Croke Park rumours
Tributes paid as Sex and the City star Willie Garson dies aged 57
Amy de Bhrún welcomes her second baby
Gabby Petito: Police resume search of Florida swamp for fiancé
Johnny Depp confirms he will be back as Grindelwald in Fantastic Beasts 3
You may also like
1 month ago
Woman won't have another baby if her partner won't take parental leave - and fair
1 month ago
Aunties might be as important as mothers when it comes to raising women
5 months ago
Retiring couple adopt seven siblings after parents pass away suddenly
6 months ago
Happy Mother's Day! 10 meaningful ways to spend time with your mum this year
9 months ago
Dad gets son's birthmark tattooed onto his body to help boost his self-esteem
9 months ago
Brian McFadden and Danielle Parkinson expecting "miracle" first child together
Next Page