Taxi fares in Ireland set to increase by 4.5 per cent next year

Major changes are on the way to your taxi experience.

The National Transport Authority (NTA) have announced plans to increase the cost of taxi fares across the country by 4.5 per cent.

This news comes in an attempt to cover the rising costs of operating a taxi, according to the NTA. 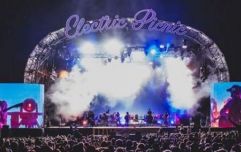 END_OF_DOCUMENT_TOKEN_TO_BE_REPLACED

As well as this, paying by card for your cab will soon be the standard thing to do, as plans have also been announced to require card payment facilities in all taxis.

The changes are due to take affect in the early months of 2020.

The proposal is among those contained in the National Maximum Taxi Fare Review Report 2019 published on Tuesday, 24 September.

Taxis will be brought into line with the majority of other services, as card payments are now the norm in shops, supermarkets, and restaurants across the country.

The NTA estimates that the cost of operating a taxi has increased by about 4 percent since 2017.

They have said that their proposal for an increase in maximum fares of 4.5 per cent covers both this increase, and the cost associated with the provision of card payment facilities.

Anne Graham, CEO of the National Transport Authority, spoke about these potential changes, saying: "As it does approximately every two years, the NTA has recently undertaken a survey of taxi drivers and passengers to review costs of operation. 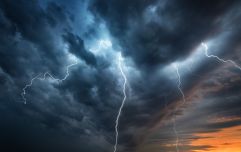 END_OF_DOCUMENT_TOKEN_TO_BE_REPLACED

"In our 2019 Taxi User Survey, forty per cent of all adults surveyed reported that they had used a taxi in the previous six months.

"Almost three quarters of the public (71%) agree that taxis generally provide a good service, while half of all surveyed agree that overall, taxis are generally good value for money. Introducing the card payment option will make taxis even more accessible and simpler to use for all passengers.

"With the potential fare increases in mind, we are now inviting the public to make submissions and let their views be heard on the proposed changes."

A public consultation is open until Tuesday, 29 October 2019, and the matter will then be considered by the NTA.

popular
You can now get paid to watch every episode of Grey's Anatomy
Love Island: You need to see Millie's dad's Instagram
POLL: Vote now to see which side you're on in this Irish head-to-head battle
The islanders are in for a cinematic treat full of their own drama tonight
Love Island: Kaz's family issue statement after "vulgar racist abuse"
First Dates' Fred sends daughter Andrea sweet message as she competes in Olympics
Love Island fans spot Millie and Liam doing same weird gesture in bed
You may also like
1 day ago
Electric Picnic call for festival to go ahead exclusively for vaccinated people
6 days ago
Woman charged with the murder of a baby in Belfast
1 week ago
HSE issues warning as young people "intentionally" contracting Covid-19 for vaccine passports
1 week ago
Brides-to-be to protest at Government Buildings in call to increase wedding guests to 100 people
1 week ago
Covid-19 vaccine portal to open to everyone aged over 16 today
1 week ago
Here are the restrictions being eased from today as Ireland continues its reopening
Next Page