Whiff of Karma off this one.

A US theme park that accused Taylor Swift of trademark infringement is being sued... by Taylor Swift.

The owners of Evermore, a venue in Pleasant Grove, Utah, had sued the singer over the title of her most recent album. They claimed they owned the trademark to the name Evermore, and that Swift had violated this when she began selling merchandise to support her ninth studio album. 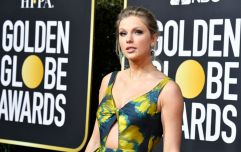 END_OF_DOCUMENT_TOKEN_TO_BE_REPLACED

Swift's legal team were quick to dismiss the claims as "frivolous" and "irresponsible", they're now counter-suing the park for wilful copyright infringement of the singer's music.

According to legal documents the owners of Evermore Park are big fans of Taylor Swift's music and frequently use her catalogue without license agreement or authorisation. The park also employs actors who perform some of the superstar's tracks to large crowds "routinely" and have been doing so for well over a year.

Repeated attempts from BMI (the performing rights organisation which protects and collects revenue for artists) to stop the use of Swift's back catalogue at the park were ignored and owners only recently made contact with the organisation, “in an overt attempt to cover up their years of unlawful conduct and intentional failure to compensate artists”.

The theme park is described as an interactive fantasy experience and it seems it's not only T-Swift's tracks that get top billing, it's alleged the park also employs the musical talent of Katy Perry, Abba, the Beatles, Billy Joel, Britney Spears, Green Day and Whitney Houston, among others, to entertain their guests.

Swift's legal team are looking for damages lost from the Utah park and hope to permanently ban the park from playing a Taylor Swift song on its grounds for Evermore.

Girls With Goals || Her · Ep.160: The Beauty Of Coaching - Hayley Harrison joins us from Sport Ireland
popular
TikTok Trend: What is laundry stripping and does it work?
M&S just launched the designer collaboration of dreams – with the ONE dress everyone needs
Kate Middleton has addressed the rumours that she's pregnant with her fourth child
Jennifer Aniston is reportedly pregnant with her first baby
Rosacea awareness month: 3 skincare products many rosacea sufferers swear by
Starbucks has a bubblegum-flavoured frappuccino on their menu – but you need to hurry
Someone has ranked the penis size of men from all over the world
You may also like
2 months ago
Taylor Swift releases her new version of Fearless with six additional tracks
4 months ago
Taylor Swift released a surprise second album last night and we can't deal
4 months ago
Taylor Swift donates $13,000 each to two struggling mothers during pandemic
1 year ago
There's a Taylor Swift club night happening in Dublin next month and we'll see you there, yeah?
1 year ago
WATCH: Turn on your party shoes, the trailer for Taylor Swift's Miss Americana is here
1 year ago
'Really hard' Taylor Swift reveals mother's brain tumour diagnosis
Next Page