"The Elf Who Dropped Acid And Jousted a Car": Here Are The Best Headlines of the Week 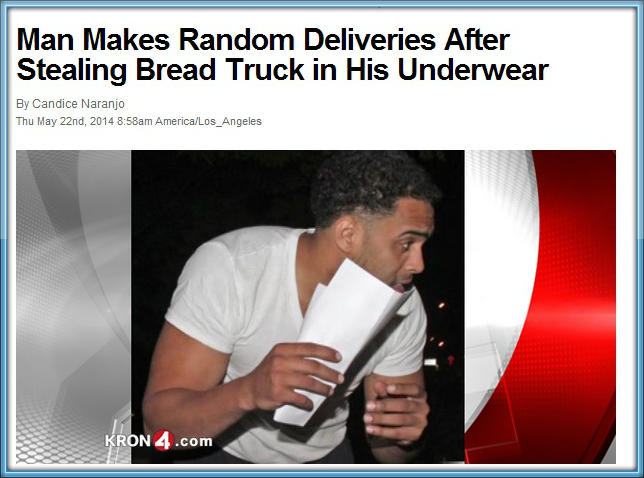 "Konrad McKane takes live-action role-playing very seriously, which means he sometimes mistakes cars for the Dark Lord of Middle Earth and vanquishes them with his sword" writes Vocativ. 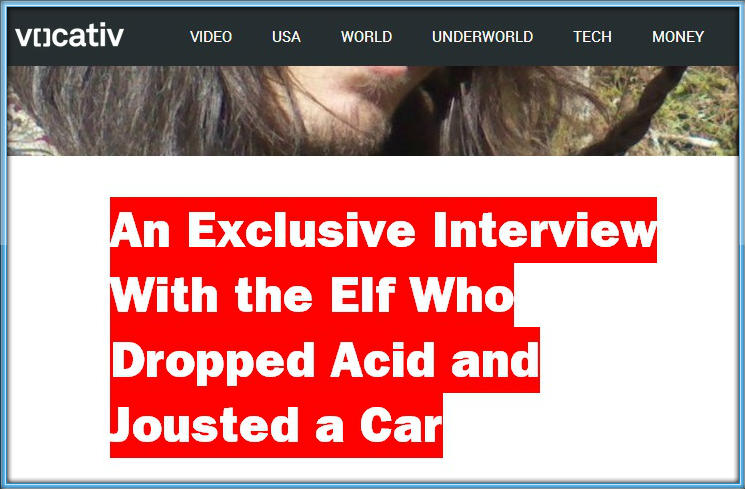 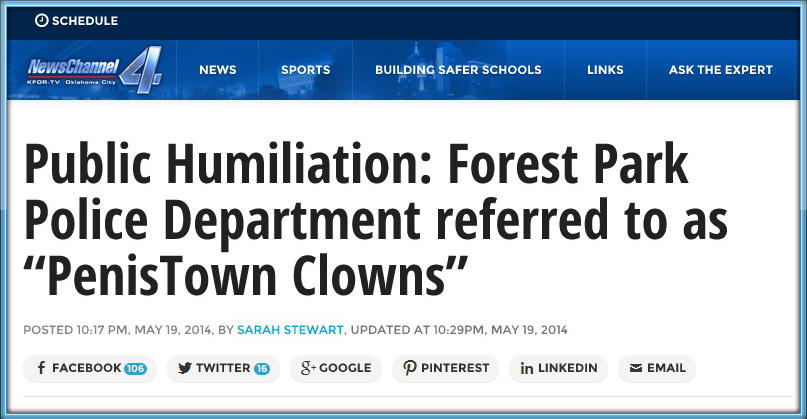 "Australians call tiny swimming trunks "budgie smugglers," but the term might have new meaning after customs officials at Sydney's airport said Wednesday that they found 16 wild-bird eggs in the crotch of a passenger's pants" writes AP.

"A WOMAN told yesterday how she said a last goodbye to her beloved tabby after he had been run over – only to find she had buried the wrong cat" writes the Express. 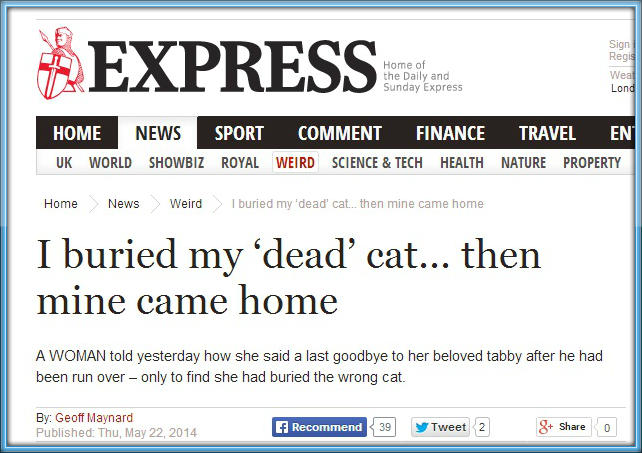 popular
Women are rinsing their hair in apple cider vinegar – and the results are amazing
Toddler dies after being struck by vehicle in Co. Cork
Clubbers left "bleeding from their mouths" after accidentally drinking shots with caustic soda
New photo of Bernadette Connolly released as investigation continues
Gardaí find "no evidence" of needle spiking in Irish nightclubs
Worried about a loved one? Here are 5 signs of suicide to look out for
Actor Michael Madsen's son Hudson has passed away, aged 26
You may also like
1 month ago
TikToker fakes a wedding photoshoot to get back at ex
3 months ago
You's Penn Badgley and Cardi B are fangirling over each other on Twitter
3 months ago
Bride receives bouquet of chicken nuggets from best friend on wedding day
3 months ago
These newlyweds wore tracksuits to their reception
5 months ago
Tom Daley went viral for knitting at the Olympics - and it's all for charity
8 months ago
Shrek fan notices X-rated Easter egg that we all missed as kids
Next Page