There's good and bad news on the weather front next week

Ladies and gentlemen, we give you... mid-September.

Starting to feel that autumnal change in the air?

Summer is done, but it's still sunny at times and though it hasn't fully frozen over or gotten dark at 4pm, you can feel it all around you, right?

Get used to it, essentially. The latest forecast from Met Éireann promises a mixed bag of weather over the next handful of days, so prepare for rain and enjoy the splashes of brightness mixed in.

Today is grand enough with dry and bright conditions anticipated over the midlands and the east, with occasional sunny spells thrown into the bargain. The west will be cloudier with patches of light drizzle, though some showers should arrive in eastern areas by the time the evening comes around.

Night will be less enjoyable with "fairly widespread rain" on the horizon, which should ease overnight. Stay in and watch a movie, perhaps.

A changeable week begins in "fresh, bright and breezy" fashion which, frankly, we'll take. Sunny spells and scattered showers are predicted, with particularly heavy showers in Ulster. Lows of 9 to 11 degrees expected. 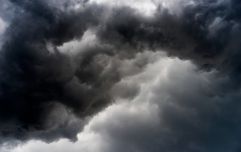 END_OF_DOCUMENT_TOKEN_TO_BE_REPLACED

Rain will move into western and northwestern spots but Met Éireann says that most of the rest of the country will remain dry until the evening. It will, however, be quite windy, with highs of 15 to 18 degrees.

Tuesday night, though, is a different story with a "very wet and windy" time expected, especially in northern counties.

The midweek should prove a breezy enough affair.

Wednesday will be bright and sunny with a mix of scattered showers as winds ease off. A dry day, but a wet evening.

Wet and windy to kick off as strong southwest winds make their way north. Throw in outbreaks of potentially heavy rain and Thursday doesn't sound like much craic, to be honest.

The afternoon sounds better as brighter weather - with some pesky scattered showers, mind - makes itself known alongside highs of 16 to 20 degrees, best felt in south Leinster and east Munster.

popular
It turns out we may have been brushing our hair wrong the whole time
Three children and two staff test positive for COVID-19 at Meath creche
90-year-old grandfather comes out as gay in viral post and inspires millions!
13-year-old boy drowns in tragic accident at Dublin reservoir
'Selling Sunset' Season 4: Here's everything we know about the hit show
Non-surgical face lifts: What are they, how do they work, and are they right for me?
Love, Guaranteed is the romantic comedy we never knew we needed
You may also like
1 month ago
Make the most of the sun because there's serious downpours a-comin'
1 month ago
Weekend weather looking like a real mixed bag (mixed bag full of thunderstorms)
2 months ago
Temperatures to reach 27 degrees today, but the good weather won't last for long
2 months ago
Here's how to keep your dog safe and sound during the hot weather
2 months ago
Today is the hottest day of the year, as temperatures set to rise to 26 degrees
2 months ago
Thursday set to be the hottest day of the year, says Met Éireann
Next Page