Today is Equal Pay Day - for the rest of the year, women in Europe work for free

For the rest of the year, because of the gender pay gap, women in Europe work for free. 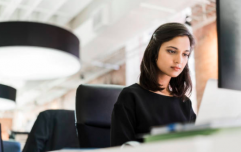 Irish women, we're working for free for the rest of the year

END_OF_DOCUMENT_TOKEN_TO_BE_REPLACED

The European Commission decided to mark November 3 to draw attention to the wage gap, the reasons behind it, and the ramifications it has for women across the continent.

According to the commission, the pay gap is not just unfair in principal, "but also in practice."

"It puts women in precarious situations during their careers," a statement reads, "and even more so after they retire, with a gender pension gap of 36.6 percent."

"While there is no instant solution to fix this inequality, there are ways to bring about concrete change. The Commission has put a number of proposals on the table to address this issue in the workplace and at home."

The EU #EqualPayDay falls on 3 November. It marks the moment when women symbolically stop getting paid compared to male colleagues, with 16% of the working year remaining.
We need to close the #GenderPayGap. pic.twitter.com/QVNeyKLKTx

These proposals include paternity leave of at least 10 days for all fathers in Europe, paid parental leave for both women and men, and a carer's leave of up to five days. 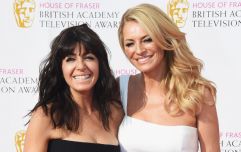 END_OF_DOCUMENT_TOKEN_TO_BE_REPLACED

These changes would increase the possibility of men taking on parental and caring responsibilities - jobs which are often left to women by default.

This will in turn increase women's availability in the labour market.

The wage gap most severely affects women who are working part-time jobs and, of course, those who work in lower paid sectors.

The gap also exists due to a lack of push for women in senior management roles and fewer promotions for women in corporation positions.

Women and men are equal. This is one of the EU's founding values.
The factors behind the pay gap are multiple. One way to address these factors is to improve the work-life balance of families.https://t.co/0qgAKnifB9 #EqualPayDay pic.twitter.com/l23oqja6Pd

Senator Ivana Bacik said that Equal Pay Day is necessary to draw attention to the 16 percent wage gap in Europe and the 14 percent gap in Ireland.

“It has been estimated that despite changes in gender equality generally and progressive change for women's rights in Ireland over the past 11 years, the gender pay gap has narrowed only four percentage points.

"At current rates, the National Women's Council estimates it will take up to 170 years before it fully closes.

"We cannot wait that long, and the government should take the opportunity to now proceed with legislation. It would have been fitting and timely to have addressed the gender pay gap in the centenary year of 2018.”

popular
Love Island fans have some things to say about Shaq and Tanya's confession
Man charged with the murder of pregnant Natalie McNally
Wayne Lineker called out for comment on Tommy and Molly-Mae's baby news
Natalie Imbruglia's Torn is actually a cover and the original just isn't the same
Priscilla Presley pays tribute to daughter Lisa Marie on her 55th birthday
Chris Hughes reveals he has been rushed to hospital in "worst" night of his life
Love Island's Haris spills all on an unaired fight between Zara and Tanyel
You may also like
3 years ago
Study finds a major difference between male and female doctors
4 years ago
These two graphs show why the wage gap is clearly still a massive issue
5 years ago
This vegan cafe are charging a 'man tax' of 18 percent for this reason
5 years ago
This male BBC star earns £2m more than his female counterpart
5 years ago
Report shows more women needed in senior business roles
5 years ago
I've finished my Masters... and the reality of pay inequality is hitting home
Next Page