The toddler died in Spain yesterday.

A toddler has tragically died after a freak hailstorm in Spain.

The young child was struck by a huge hailstone during the storm.

Another 30 people were also injured during the hailstorm.

Police confirmed that a 20-month-old girl was rushed to hospital after the storm hit La Bisbal de l’Emporda yesterday.

Her name or nationality have not yet been disclosed. 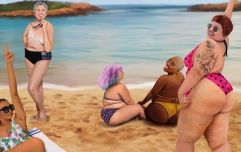 END_OF_DOCUMENT_TOKEN_TO_BE_REPLACED

She was transported to Josep Trueta Hospital in the city of Girona. However, she was pronounced dead just hours later.

A woman was also hospitalised and many were treated for broken bones, cuts, and head injuries too.

People in the Catalan town were stunned by the severity of the storm. Many said the hailstones were the same size as tennis balls.

Locals have posted videos of the freak storm online.

Enormous hail in Catalonia
The size of the splashes as the ice hits the pool is insane.

Large hailstones bombarded parts of #Spain on Tuesday. Definitely not a good day to be in the pool.
📍 Bisbal d'Empordà,
🎥 Via : Twitter // MeteoGasso pic.twitter.com/5SFoXqpgbH

Weather reporters confirmed that the hailstones that fell were the largest in 20 years.

They said the hailstones were 4 inches in diameter.

The deadliest hailstorm was recorded in 1888 in Moradabad in India. Nearly 250 people died after hailstones the size of oranges fell from the sky.

We're keeping the young girl's parents in our thoughts during this heartbreaking time.

popular
Couple decide to live on cruise ship permanently after finding it's cheaper than paying mortgage
Siobhan O'Hagan reveals she's expecting her first child
Sad news for the royal family as Princess Beatrice's puppy dies from poisoning
Why Are Men so Obsessed With Boobs? The Answer is Pretty Surprising...
Gwen Stefani reportedly pregnant with baby number four
Police believe they know what happened to missing dog walker Nicola Bulley
Here's why Nicola Peltz-Beckham's family are suing her wedding planners
You may also like
7 months ago
Severe weather warning issued as Spanish heatwave continues
8 months ago
Former Qatari princess Kasia Gallanio found dead in Spanish home
8 months ago
Toddler drowns in swimming pool while on holidays in Costa Blanca
8 months ago
Spain braces for unheard of heatwave of 'extraordinary intensity'
8 months ago
Thousands of Irish tourists could be banned from holiday destinations over Covid rules
11 months ago
Irish teacher reportedly stabbed at Spanish school by 13-year-old pupil
Next Page