The incident occurred on Friday.

Emergency services have been sent out to a Dublin train station after a "serious incident" was said that have taken place on a train line nearby.

All trains to Northern Ireland and Belfast have since been suspended after the incident occurred near Donabate. 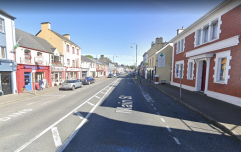 END_OF_DOCUMENT_TOKEN_TO_BE_REPLACED

Irish Rail have said: "A shuttle service will operate between Drogheda and Skerries with Dublin Bus also accepting train tickets in north Dublin."

According to Dublin Live, the train line remains closed between Skerries and Malahide as emergency services attend the scene.

popular
Traditional names such as Mary, Maureen, John and Michael may soon be extinct
Young mum packs her bags and travels the world with 3-year-old son
When can we expect the outcome of the Johnny Depp vs Amber Heard case?
Doctors urge women not to follow Kourtney Kardashian's 'semen' fertility advice
Charlie Bird has shared his bucket list as he hopes to see Bruce Springsteen next year
Bridgerton's Ruby Barker hospitalised amid "mental health struggle"
Husband of school teacher killed in Texas shooting dies of heart attack
You may also like
2 years ago
Gardaí are investigating an incident, after a car deliberately drove into another car at Dublin shopping centre
4 years ago
A Cirque du Soleil performer has died after tragically falling during show
4 years ago
Ryanair plane makes forced landing to remove drunk couple from aircraft
4 years ago
Commuters to face major delays as 'serious' incident on Irish Rail
4 years ago
20 people rescued after getting trapped in big wheel at Galway market
4 years ago
Stranger Things actor denied entry to the US due to cocaine possession
Next Page