Five children have "gone missing" while in childcare so far in 2019.

It has been almost a month since RTE aired their documentary on childcare facility Hyde & Seek, and the repercussions and expected reactions are still arriving.

The child and family agency Tusla released figures for 2019, under the Freedom of Information Act, and it was revealed that it has received 116 reports of children being seriously injured while in pre-school so far in 2019 alone. 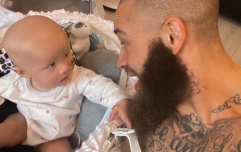 END_OF_DOCUMENT_TOKEN_TO_BE_REPLACED

This figure is up 35 percent from the 86 serious injuries reported in 2018 in the same time period.

Newstalk reported that the agency said it was also notified of the deaths of two children attending Early Years Services during the same time.

Additionally, five children are reported to have gone missing while under the watch of childcare services.

Barnardos CEO Suzanne Connolly told Newstalk that this was a huge concern:

"The sort of times that a child may go missing, if staff aren’t paying due attention, is at transition times," she said.

"So say for example when it is very busy in the morning and all of the parents are dropping their children off. If staff are not paying attention, with parents, a child may well wander off."

Tusla stated that a child can only go missing in care if there has been a serious breach of regulations, with cases ranging from a child 'missing' from a room in a service, to being left behind on a trip.

Girls With Goals || Her · Ep.160: The Beauty Of Coaching - Hayley Harrison joins us from Sport Ireland
popular
Starbucks has a bubblegum-flavoured frappuccino on their menu – but you need to hurry
TV host makes baffling remark about Meghan Markle's 'reaction' to royal family photo
Why Prince Harry and William aren't walking together at Prince Philip's funeral
Kate Middleton has addressed the rumours that she's pregnant with her fourth child
Jennifer Aniston is reportedly pregnant with her first baby
Someone has ranked the penis size of men from all over the world
M&S just launched the designer collaboration of dreams – with the ONE dress everyone needs
You may also like
5 days ago
Ashley Cain hopeful blood transfusion will give daughter more time
1 week ago
Man charged as two-week old baby dies after pram hit by car in UK
2 weeks ago
Policeman resigns over video of him choking police dog
2 weeks ago
Why you should never post about a fake pregnancy on April Fool's Day
3 weeks ago
Teen reported stalker 5 times and was fined for wasting police time before murder
4 weeks ago
Actor Armie Hammer accused of sexually assaulting woman
Next Page