Two subspecies of giraffe are now in 'critical' danger of extinction

Illegal hunting has led to fears over their existence.

Two subspecies of giraffe have been added to the list of critically endangered animals for the first time.

The Kordofan giraffe and the Nubian giraffe, found most commonly in Cameroon and Kenya respectively, are now classed as being in an extremely high risk of extinction in the wild.

Both will now feature on the International Union for Conservation of Nature (IUCN)'s red list, having previously been listed as ‘vulnerable’ in 2016.

Illegal hunting, habitat loss and changes through expanding agriculture and mining, increasing human-wildlife conflict, and civil unrest are all pushing the species towards extinction, the IUCN said. 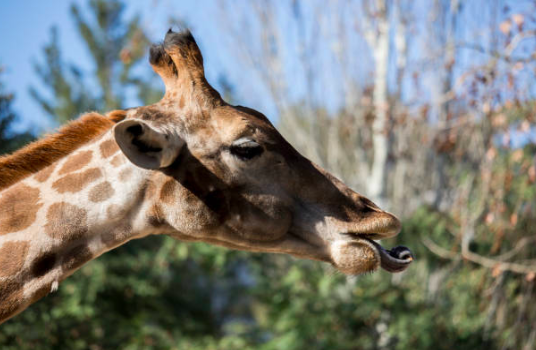 Dr Julian Fennessy, co-chair of the IUCN Special Survival Commission, and the Giraffe & Okapi Specialist Group, and Director of the Giraffe Conservation Foundation, said: "Whilst giraffe are commonly seen on safari, in the media, and in zoos, people – including conservationists – are unaware that these majestic animals are undergoing a silent extinction. 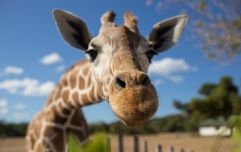 Giraffes are dying off and conservationists want to act NOW

END_OF_DOCUMENT_TOKEN_TO_BE_REPLACED

"While giraffe populations in southern Africa are doing just fine, the world’s tallest animal is under severe pressure in some of its core ranges across East, Central and West Africa.

"It may come as a shock that three of the currently recognised nine subspecies are now considered ‘Critically Endangered’ or ‘Endangered’, but we have been sounding the alarm for a few years now."

The news comes after a resolution adopted at the IUCN World Conservation Congress in September this year called for action to reverse the decline of the giraffe.


popular
We are absolutely loving this gorgeous €10 khaki mini dress from Penneys
The stunning €40 Zara dress that's just ideal for Saturday night drinks with the girls
After last night, Love Island viewers are backing one couple to win the show
Met Eireann has issued a yellow wind warning for certain parts of the country
Channing Tatum had the perfect reaction to Jenna Dewan's engagement news
Kodaline have added three more Dublin dates due to 'phenomenal demand'
Ben Foden and his wife Jackie are 'expecting their first child together'
You may also like
1 year ago
Small, cute turtles 'virtually wiped out' are back at it again and it's delightful
1 year ago
A kangaroo rat people thought was extinct is BACK and he is adorable
2 years ago
The striking yellow-eyed penguin is about to become extinct
5 days ago
Opinion: Did we all play a role in Caroline Flack's death?
5 days ago
Dawn O'Porter, Davina McCall and Dermot O'Leary lead tributes to 'diamond' Caroline Flack
5 days ago
'I'm trying to find the words but I can't': Laura Whitmore has paid tribute to Caroline Flack
Next Page