UPDATE: HSE confirm they are investigating a twelfth possible case of meningitis

It is believed that the cases are not linked.

Last week the HSE urged people to be vigilant as 11 cases of meningitis had broken out over the course of just a few weeks.

Three fatalities occurred as a direct result of the infection and parents were asked to ensure that their child is fully vaccinated.

The Health Service Executive has today confirmed that they are investigating a possible twelfth case of meningitis, according to The Irish Independent.

The cases are not believed to be connected:

"This is not an outbreak, but reflects the known increased incidence of meningococcal disease in winter and early spring.

"Among the eleven cases, different age groups were affected, different strains were reported (B,C,W,Y), different regions of the country reported the cases and there were no links found between the cases.”

"Sadly, three of the cases have died; none was caused by meningococcal strains that are covered by the vaccines in the national childhood programme -the strains were not B or C." 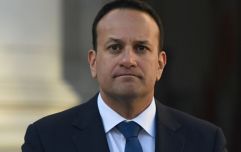 END_OF_DOCUMENT_TOKEN_TO_BE_REPLACED

The public is now demanding that the government extends the vaccine to protect against the B strain to older children under the HSE’s free scheme.

Parents are being warned that if children exhibit any of the symptoms of meningitis to seek medical attention immediately and do not wait for a rash to develop.

For further information on meningitis, visit the HSE's website.

popular
QUIZ: Can you guess the Disney movie from its opening line?
Tributes paid to Dr Tony Holohan as he steps back from role to care for wife
"I never thought it would be cancer": Stage 4 melanoma patient recalls receiving her diagnosis
A comprehensive breakdown of the Shane Dawson/Jeffree Star/Tati Westbrook 'Karmageddon' drama
8 out of 10 married couples are owed tax back, are you one of them?
6 steps for treating acne in adulthood, according to a skin therapist
It's staycation time! WIN a two-night stay and dinner in a Select Hotel of your choice
You may also like
3 days ago
Quarantine Barbie: She exists and she's far too real
3 weeks ago
13 year old boy has died following a Westmeath road collision
3 months ago
Ronan and Storm Keating have welcomed their second baby – and her name is the cutest
3 months ago
ISPCC/CHILDLINE and RTÉ 2FM team up for fundraising digital music show
3 months ago
#SocialDistancing: Unsurprisingly, we can expect a coronavirus baby boom in December
4 months ago
Early research suggests the coronavirus might be less harmful to children and pregnant women
Next Page