New research shows issues around respecting consent are seen as a problem by more women than men.

When it comes to sexual consent, the vast majority of Irish people (70%) think there is a massive problem with the basic understanding of the concept.

Research carried out by The Dublin Rape Crisis Centre found that a significant amount of people still think consent can be ignored - and that "no" actually means "maybe." 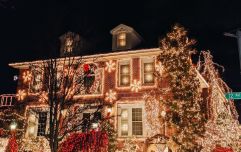 END_OF_DOCUMENT_TOKEN_TO_BE_REPLACED

The survey, which is the first of its kind in Ireland, was carried out earlier this year on roughly 1000 adults from all age demographics to assess public attitudes and knowledge regarding the topic.

"We in Dublin Rape Crisis Centre have long believed there is a problem with consent in Ireland," said chairperson Anne-Marie Gill.

"This research confirms that most people – 70% – agree with us. While as a people, we understand the theory of consent, it is not always so clear that this translates to practical understanding.”

#RealConsent After presenting our research on attitudes to Consent we've our Q&A with our Panel chaired by Ciarin De Buis with our Ceo Noeline Blackwell & our Chair Ann Marie Gill with our researchers Karen Hand & Adam May with ISL Interpreters Lorraine Leeson & Catherine White. pic.twitter.com/963279KZj4 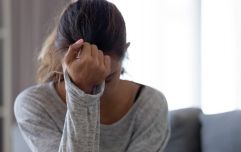 END_OF_DOCUMENT_TOKEN_TO_BE_REPLACED

While 9-in-10 women and 8-in-10 men agree that everyone has the right to withdraw consent at any point during sex, a significant minority believe that flirting or not clearly objecting means a person is willing to have sex.

Most people said they put their partner's sexual pleasure before their own, while 1 in 5 believed their own pleasure was more important.

This particular statistic increased to 2 in 5 among men, who agree that they would "probably keep going" even if they had a feeling their partner was not enjoying it. 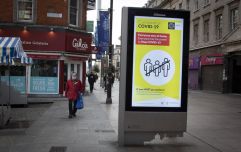 END_OF_DOCUMENT_TOKEN_TO_BE_REPLACED

Throughout the survey, people were presented with fake sexual scenarios and asked to assess whether they were consensual, revealing a level of confusion. When asked whether a sober person having sex with a drunk person at a party was consensual or not, 33% of people said maybe.

Embarrassment was cited as one of the main reasons surrounding the ambiguity around consent, with 28% of people saying wouldn't know how to talk about their sexual likes and dislikes to a partner.

However, the research also revealed some steps in the right direction.

38% of men and women said they would sign up for a course on consent if such a thing was offered, while 84% agreed we need better age-appropriate sex education in schools.

People also said a more open and honest conversation regarding sexual consent should be encouraged in order to benefit and enable healthier relationships with sex and sexuality.

"At the same time, this large majority of the public who share these values recognise that Ireland has a problem with consent.

"People see consent as a responsibility for all society and there's a particular message from this study for Government that they must respond to the expectations and the needs of the public."

popular
Baby dies next to mother who drank 'two or three' bottles of wine then fell asleep
Clarins opens its first spa in Ireland (and the UK) on one of Dublin's busiest streets
S Club 7's Hannah Spearritt and children left homeless after being forced from home before Christmas
Irish pizzeria given perfect score by top food reviewer
Woman dies four days after proposal after using wrong spoon to stir tea
Woman spots dead husband in promo video for Indian restaurant
Sam Smith reveals they were spat at in the street after changing their pronouns
You may also like
2 weeks ago
Men with flashy cars really could have 'small d**k energy', study confirms
2 months ago
The newborn baby smell does actually make you happy, science says
1 year ago
Study shows women patients are more likely to die if surgeon is male
1 year ago
Men suffer more emotional pain after a break up than women - apparently
1 year ago
Unmarried women with no kids are the 'healthiest and happiest population subgroup'
1 year ago
Middle children are more reliable and better friends, says research
Next Page