If you haven't cast your vote yet, what are you still doing here reading this?

Voting in today's referendum will close at 10pm this evening and with turnout already high, the electorate is being urged to get to the polls.

Turnout across the country started strong this morning, with reports that it slowed in the afternoon. 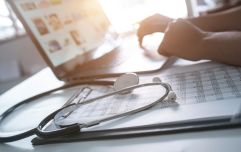 Abortions carried out in Ireland are expected to cost around €300

END_OF_DOCUMENT_TOKEN_TO_BE_REPLACED

The number of people voting has picked up this evening in the traditional post-work rush.

Once inside, polling stations will remain open for voters but traffic, the glorious weather and other factors have been slowing people down in parts of the country and should be taken into account.

Many online are calling on those who haven't yet had their say to do so now before it's too late.

You can wear a badge, you can buy a jumper, you can tweet, you can argue passionately in the pub. If you do not vote then none of it counts. There is still time. Get to your polling station now. #8thRef

The State wouldn't exist without its Constitution - so every referendum to amend it, is a vote on whether to amend the State itself. It's a rare and quite awesome power for citizens to have - don't take it for granted. Vote. Own your nation. #8thRef

The twitters are telling me that traffic around Dublin is mental which I think might delay my mom coming home. I told my dad if she’s not home by 9:15, I’m heading to the polling station by myself. There’s no way I’m gonna miss voting... #8thRef

If you’re leaving it late to vote and are worried you won’t make it, just try to get there.

If you walk in to your polling station at 9.59pm and see a big queue, it’s fine, the guidelines state that you should be allowed to vote.#8thRef #8ref pic.twitter.com/31N5pkSF4K

Whatever your stance, if you haven't already done it, get out and vote.

popular
You stars Victoria Pedretti and Dylan Arnold spark romance rumours
Someone has ranked the penis size of men from all over the world
Why Are Men so Obsessed With Boobs? The Answer is Pretty Surprising...
The most popular baby names in Ireland have been released in Statistical Yearbook 2021
This is how much 91-year-old Queen Elizabeth drinks every day
So are we dating?... 10 signs it's time to define your relationship
Science says this is how many dates you have to go on before you find 'The One'
You may also like
3 years ago
People are leaving flowers and heartbreaking messages at the mural of Savita in Dublin
3 years ago
Rural Ireland, thank you and we're sorry for not believing in you
3 years ago
Six things Irish women need if abortion access is to become a reality
3 years ago
Referendum 2018: when we can expect the actual results
3 years ago
Here's where people will gather ahead of the referendum announcement tomorrow
3 years ago
RTÉ confirm they'll read results from their exit poll during The Late Late Show
Next Page