It can sometimes be tempting to stay silent, to presume that your support won't make a difference. But it will.

Floyd's death has sparked mass protests across the US, and the world, as thousands upon thousands fight against police brutality, the death of another vulnerable person of colour, and the countless others who came before him.

Here are some ways you can support the George Floyd protesters and the Black Lives Matter movement.

If you can spare it, donate it.

Following Floyd's passing, his family set up a GoFundMe account to cover burial costs, court proceedings, grief counselling, and the continued support and education of his children.

Floyd's sister, Philonise, said that the video of her brother's death - which spread far and wide on social media - left her "shell shocked."

"A white Minneapolis police officer kneeling directly on my brother's neck, obstructing his ability to breathe," she wrote.

"As some officers knelt on his neck, other officers participated and watched; no one took any action to save my brother's life.  Those officers would continue to brutalize my brother until he died." 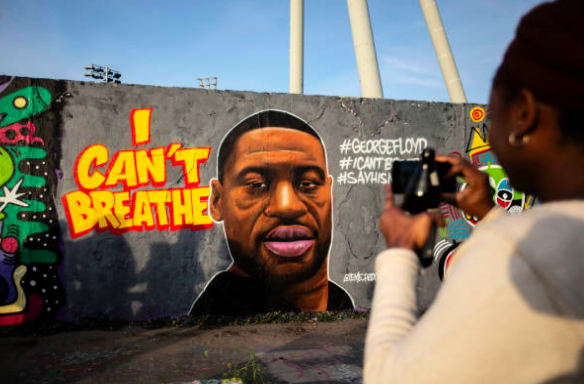 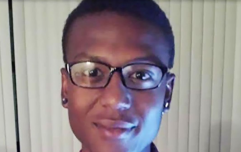 The killing of Elijah McClain: here's what you should know

END_OF_DOCUMENT_TOKEN_TO_BE_REPLACED

Social media has been awash with posts and videos detailing the nationwide large scale protests that have been taking place in the wake of Floyd's death. And although some may like to think that his passing is an isolated incident, it is not.

Black Lives Matter have been fighting the systemic racism, prejudice, and violence committed against people of colour in the States for years, and now, their fight may be more important than ever.

Although many of us are not able to show our physical support for the movement, we can still do so in other ways by sharing relevant information online and most importantly, listening to what people of colour are saying.

Donations are always needed too - and at this time, they are crucial. You can pledge what you can directly to the Black Lives Matter movement here, or if you live in the US, you can join your local chapter here.

3. Help get US protesters out of jail 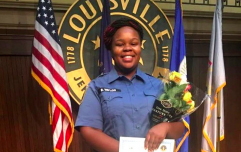 END_OF_DOCUMENT_TOKEN_TO_BE_REPLACED

Since Floyd's death, the Minnesota Freedom Fund has been busy bailing protesters out of jail.

Before then, they supported immigrants, people of colour, and others who had been arrested but couldn't afford the bail or bond to be released from prison.

People of colour consistently face higher rates of arrests and are far more susceptible to longer sentences compared to their white counterparts.

This includes those protesting Floyd's death, many of whom have found themselves in police custody for demonstrations that have often been peaceful.

You can find a Twitter thread for bail funds in various cities here. 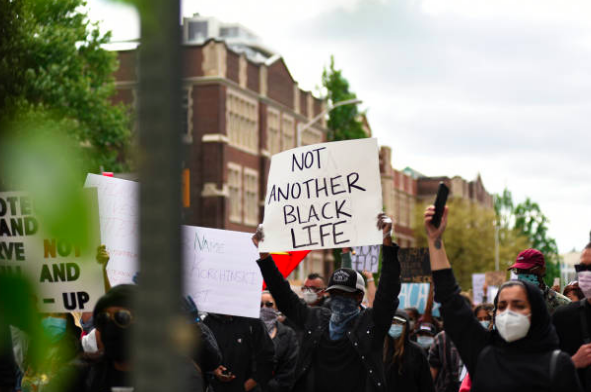 4. Attend local protests and demonstrations where safe to do so

The Covid-19 pandemic has hindered a lot of movement here in Ireland and across the globe, but protests are still occurring in safe and socially distant ways. 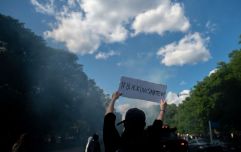 END_OF_DOCUMENT_TOKEN_TO_BE_REPLACED

Multiple demonstrations took place in Dublin over the weekend to protest police brutality in the States and to show support for people of colour in the US.

Another demonstration is taking place today (June 1) at Dublin's The Spire at 3pm. Participants are asked to wear black and wear a mask where possible.

It is likely that more demonstrations will be organised in the future, so if you would like to show your support and it is safe for you to do so, it's worth keeping an eye on Twitter to see when the next protest will be.

It can often by tempting to presume that the brutality, abuses, and pain happening in the US has nothing to do with us here in Ireland. It does.

Not only is systematic racism ever present in our own country, but the effects that it will have - and has had, for decades - on people of colour in the States is extensive.

Change is needed, and right now the entire world is watching. Make sure they continue to watch by sharing your support of the Black Lives Matter movement online, donating what you can, and calling out racism when you see it or hear it.

Doing so might be uncomfortable at times. You might feel as if it's not your place to do so, that your input will not make much of a difference. It will. Sometimes, it can make all of the difference.

You can find out more about the Black Lives Matter movement here.

popular
Daisy Coleman from Netflix's Audrie & Daisy has died, aged 23
Rupert Young, twin brother of Will Young, passes away, aged 41
Gwen Stefani reportedly pregnant with baby number four
The second season of Dirty John lands on Netflix next week and we’re already hooked
Kate Middleton has addressed the rumours that she's pregnant with her fourth child
Amy Schumer reveals that her husband Chris Fischer has autism spectrum disorder
WATCH: Paul Mescal stars in new Rolling Stones' music video 'Scarlet'
You may also like
1 month ago
'Guilt can only take you so far': Yomi Adegoke on performative activism and #BlackLivesMatter
1 month ago
#ShareTheMicNow: White Irish influencers hand over IG accounts to women of colour
1 month ago
'An intense time': John Boyega thanks followers for support during Black Lives Matter protests
2 months ago
Watch to educate: 8 shows and movies that depict racial injustice against black people and the fight for equality
2 months ago
'Here is not like America': Amanda Adé on Ireland's racism and hope for the future
2 months ago
Meghan Markle gave a powerful graduation speech to her old high school's students about the current US protests
Next Page