She has been sentenced to 14 weeks in prison.

A woman has been jailed after she racially abused a bouncer outside a Wetherspoons pub.

Footage was captured of the incident, which took place in Birmingham, showing the woman shouting racist slurs and insults at the doorman.

END_OF_DOCUMENT_TOKEN_TO_BE_REPLACED

After being asked to leave, Sharna Walker, 25, shoved the security guard, Tristan Price, 26. Other clips show her smashing glasses and appearing to spit at him.

The video originally appeared on Twitter and was shared widely across social media, receiving millions of views.

Walker has pleaded guilty to racially aggravated assault and criminal damage and reportedly burst into tears and shook her head repeatedly during her sentencing.

She received 14 weeks in prison and was ordered to pay £500 compensation to Price.

District Judge John Bristow told her: “The incident has stayed with Mr Price and he has had to seek help. I have no doubt the footage caused serious distress throughout Birmingham. 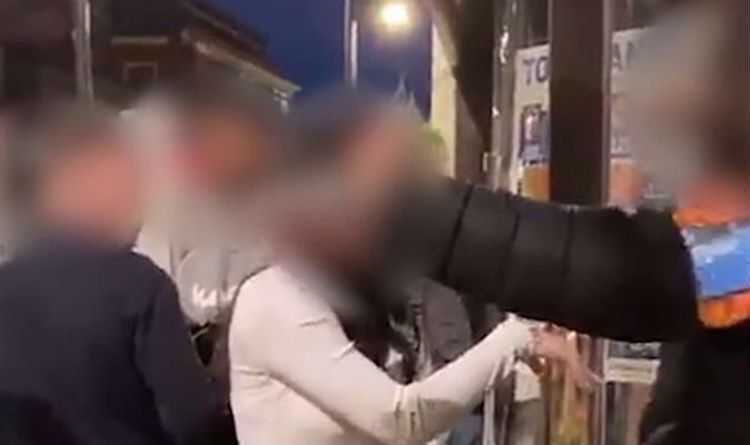 The defence stated that Walker suffered from agoraphobia - a fear of public places - and had been drinking alcohol that night.

"It is fair to say she is suspicious of men generally, regardless of colour. The reality is she was not meant to be out drinking.

‘"It is not ladylike, she couldn’t believe she acted in that way. This is behaviour is nothing she’s proud of."

Price withdrew his support for the prosecution and did not attend the court. Speaking about what had happened to him, he told Birmingham Mail that people of colour should not have to be victims of abuse when at work.

"I don't want to bring trouble to her door but this behaviour needs to be called out. It is completely unacceptable.

"People have killed themselves because of the racial abuse they suffer, and we can't be silent about it. I have had a knife pulled on me while at work, which was pretty shocking. But this was worse, it affected me more because it was so vicious.

"Too often when we speak up about racism like this it is brushed away but it's a big issue and we need to talk about it."

popular
Traditional names such as Mary, Maureen, John and Michael may soon be extinct
The 2 Johnnies share unbelievable catfish ordeal as woman 'targets 40 people'
Toddler drowns in swimming pool while on holidays in Costa Blanca
Kardashian fans in hysterics after Kim's vegan advert
This is how much Kourtney and Travis' wedding cost
Singer Cliona Hagan marries Simon Sheerin in Athlone ceremony
Daughter of teacher killed in Texas school shooting pays tribute
You may also like
1 week ago
Wagatha Christie: Rebekah Vardy storms out of court just 30 minutes into final day
1 month ago
'How to Murder Your Husband' writer faces trial for husband's murder
1 month ago
US mother found dead a week after disappearing during toddler custody exchange
1 month ago
Belfast woman in her 80s burgled twice in 2 days
1 month ago
Schoolgirl played dead to escape killer who murdered her mother
2 months ago
Chris Watts still texting mistress before arrest for murdering his family
Next Page