Throat choked and eyes bulged with tears, I’m sat in front of another girl, in a Dublin café who talks me through her personal experience with abortion and the continual emotional and mental aftermath of living in a country where abortion is Illegal.

This is Ireland, a country that marginalizes half its population, that silences the lived experiences of women and stigmatizes those who speak up and out.

END_OF_DOCUMENT_TOKEN_TO_BE_REPLACED

A country I love so much but yet am ashamed at for the hurt, shame, and stigma it inflicts on its people and the continual barbaric onslaught that the women of Ireland face daily.

In 2012, alongside a gathering of silent, appalled mourners at the vigil outside government building for Savita Halappanvar who needlessly died due to Ireland’s regressive anti-abortion laws. Like many, I felt powerless, haunted and outraged. That evening, I had a visceral knee jerk reaction to what had happened and knew despite not being able to properly articulate my personal frustration, I wanted to do something to help those affected by Ireland's Abortion laws in a small way and contribute to the pro-choice movement. 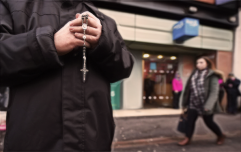 Dad, I had an abortion

END_OF_DOCUMENT_TOKEN_TO_BE_REPLACED

One question which stuck out was how was I helping people affected by this issue? I couldn’t really answer this until I attended the Her.ie talks on the 8th amendment and reproductive rights and listened to Colm O’Gorman form Amnesty Ireland talk about the transformative power of discourse and conversation.

Cassie and Grace from Her.ie very bravely talked about the onus they felt in sharing the stories of women who have accessed abortion. That night having seen a photo of Gloria Steinem feminist activist and writer wearing a t-shirt that said ‘I had an abortion’ I figured a way I could make a micro-contribution to the Pro-Choice movement.

That was moving the conversation offline outside of the online liberal echo chamber I was existing in and onto a jumper. Clothes say a lot for things that can’t speak and for an issue that had been shrouded in secrecy and shame I felt they could act as statements of solidarity for women affected by the issue, as a stigma buster to open up a conversation on reproductive rights and as a fundraising mechanism for the multitude of volunteer-run organisations working on this issue. Repeal Project is my micro-contribution to a movement spanning decades. Today and tomorrow women and girls of Ireland will be temporarily exiled and criminalised for accessing basic healthcare, whilst our government ignores them I can’t.

This issue needs to be met with empathy, compassion, support, reason, logic, and facts.  REPEAL project would not have happened without the sheer bravery and strength of the multitude of women coming forward with their stories acting as a catalyst for me on to speak out. As well as some amazingly talented people volunteering their time and passion. My restlessness has turned to relentlessness and I owe Tara Flynn, Roisin Ingle, Helen Linehan, Polly Vernon, Susan Cahill, Janet Ní Shúilleabháin and many other women and girls, who have shared their stories a debt of gratitude. 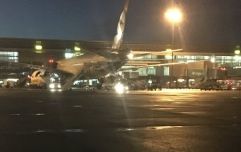 END_OF_DOCUMENT_TOKEN_TO_BE_REPLACED

There are now hundreds and thousands of Irish women that have been affected by this issue, as well as thousands of people who volunteer their time and energy to fight for the rights of Irish women. Fighting for something even with what feels like insurmountable obstacles are worth it when you know the one day you will be on the right side of history. Her.ie funded the initial stock run, a massive risk as with no real idea of where the project would go and very little experience of running something like it they believed in what the project is seeking to do.

Repeal Project’s aim is to make this issue seen, the voices and stories of Irish women heard as absolutely nothing can negate that. Hoping to sell a hundred jumpers was the aim and I grossly underestimated what the response would be and within a week orders were amounting to 60 a day.

Completely overwhelmed and unable to deal with the logistical/supply I enlisted the help of a friends dad who had a garage.  I hope that for anyone left waiting for a jumper knows it was a telling sign of the urgency and that people want to engage with this issue. It’s time now for our government to listen. Repeal Project's first donation drop will be outside the Dail to the Abortion Rights Campaign, before the March For Choice on the 24th of September.

The coalition to repeal the 8th Amendment is a group of over 60 organisations working towards lifting Ireland’s restrictive and regressive abortion laws, find out about a group in your hometown, join one, start a conversation, wear a badge and stand in support and solidarity for the women and girls leaving our shores every single day.

This story is brought to you in partnership with The Repeal Project.

Get your Repeal Project jumper HERE.

popular
Laura Whitmore addresses negative Love Island comments
Top tips for keeping your fake tan on for longer as the weather heats up
Why Are Men so Obsessed With Boobs? The Answer is Pretty Surprising...
John McAreavey reveals baby number two is on the way
Coco Lodge has released her Love Island audition tape
Lili Reinhart responds to claims she's pregnant after photo surfaces online
23 shows with four or more seasons to watch on Netflix
You may also like
5 months ago
National Women's Council call for three year abortion review to be accepted by government
7 months ago
3 years on from repeal, abortion is still not fully accessible in Ireland
3 years ago
Alabama has passed the toughest abortion ban laws in the United States
4 years ago
Cervical cancer update: This is the commitment that Simon Harris has given to Vicky Phelan
4 years ago
Landmark Supreme Court ruling on abortion in Northern Ireland due today
4 years ago
Mindy Kaling posts touching tribute to Savita Halappanavar after historic vote
Next Page