Rafael Nadal got married at the weekend, and his bride looked like a full on PRINCESS

Back in January, we reported that Wimbledon champion Rafael Nadal had gotten engaged to his girlfriend of 14 years, Mery Perelló.

The couple started dating back in 2005, and have since been very private about their relationship - fair enough. 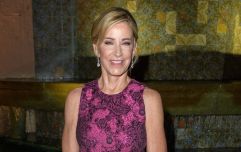 END_OF_DOCUMENT_TOKEN_TO_BE_REPLACED

Over the weekend, the 'King of Clay' and his beautiful girlfriend Mery, also known as Xisca, officially tied the knot.

The pair married inside Spain’s most expensive property, the Majorcan fortress La Fortaleza.

As you can imagine, it was a very lavish affair, with a host of famous guests in attendance.

Even Juan Carlos I, the King of Spain was there, which we are very impressed by.

However, the most impressive element of the whole day was probably the bride, and her incredible wedding dress. 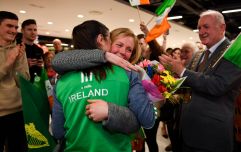 END_OF_DOCUMENT_TOKEN_TO_BE_REPLACED

In a world exclusive with HELLO! in January, Rafa revealed he popped the question in May 2018, during a romantic trip to Rome, but the couple kept it to themselves for an eighth month period.

The tennis star also opened up about starting a family with his partner of  over a decade, saying:

"Obviously, I have the intention of forming a family. I love children and I would like my children to do what they like."

Massive congrats to the happy couple.

popular
Women are rinsing their hair in apple cider vinegar – and the results are amazing
"Hair contouring" is about to be huge, here's everything you need to know
Here are all the Instagram accounts of the stars of Netflix's Cheer
Woman hospitalised following stag attack in Co. Kerry
Science says this is how many dates you have to go on before you find 'The One'
Love is in the air: 3 new fragrances we love – just in time for Valentine's Day
These are the top baby names for 2022
You may also like
1 year ago
3 unexpected bridal trends you'll see this year
1 year ago
Bride complains wedding dress looks "nothing like order" before realising she had it on inside out
1 year ago
"The dress was transformed as soon as she put it on" Designer Don O'Neill on creating Grainne Seoige's stunning wedding gown
1 year ago
THEIA designer Don O'Neill on this year's new bridal trends - and the surprising look that's out for 2020
2 years ago
Monsoon has launched a collection of affordable wedding dresses, and they're dreamy
2 years ago
The gorgeous wedding dress trend that's guaranteed to prove popular with 2020 brides
Next Page