Amazon has just launched their Black Friday deals early and they are bound to put a major hole in our credit cards this week.

The online giant has over 7,000 deals on offer over the coming days, with discounts kicking off from midnight last night. 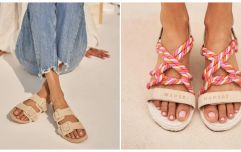 END_OF_DOCUMENT_TOKEN_TO_BE_REPLACED

According to Amazon, a new deal will land every ten minutes with discounts offered on “deals of the day” and “lightning deals”.

Prices on a number of items will be dropped by an average of 40 per cent. 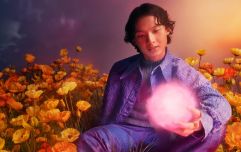 END_OF_DOCUMENT_TOKEN_TO_BE_REPLACED

Speaking about the deals, managing director Christopher North said: “This year, we have more than 20 times the number of deals we had in 2010 when we first introduced Black Friday to the UK and we’re expecting record numbers of customers to take advantage.”

You can see all of Amazon's deals here.

popular
Traditional names such as Mary, Maureen, John and Michael may soon be extinct
Toddler drowns in swimming pool while on holidays in Costa Blanca
This is how much Kourtney and Travis' wedding cost
The 2 Johnnies share unbelievable catfish ordeal as woman 'targets 40 people'
Singer Cliona Hagan marries Simon Sheerin in Athlone ceremony
Kevin Spacey charged with four counts of sexual assault against three men
Pink just announced she was pregnant in gorgeous image
You may also like
1 month ago
Pick up these 10 Zara pieces now – and wear on repeat for the next six months
1 month ago
How to dress like a French girl – the only 12 items you need in your wardrobe
2 months ago
Love the outdoors? H&M has launched a brand new hiking collection
3 months ago
A denim dress is about to become your wardrobe staple for spring 2022
4 months ago
The massive Penneys in Dundrum is relocating - and getting even bigger
4 months ago
Back to the (home) office: 10 comfort buys to work from home in
Next Page