Would you try them?

If you've ever had the fear that you might have had a period-related accident while exercising, there might just be a solution.

Thinx, an American-based lingerie brand, has launched gym shorts, unique because they're designed to absorb up to two tampon's worth of blood.

Apologies if you're eating at this time.

Anyway, the beauty of them is that they look just like regular exercise gear but the clever built-in underwear has a four-layer technology to help keep you leak-free. 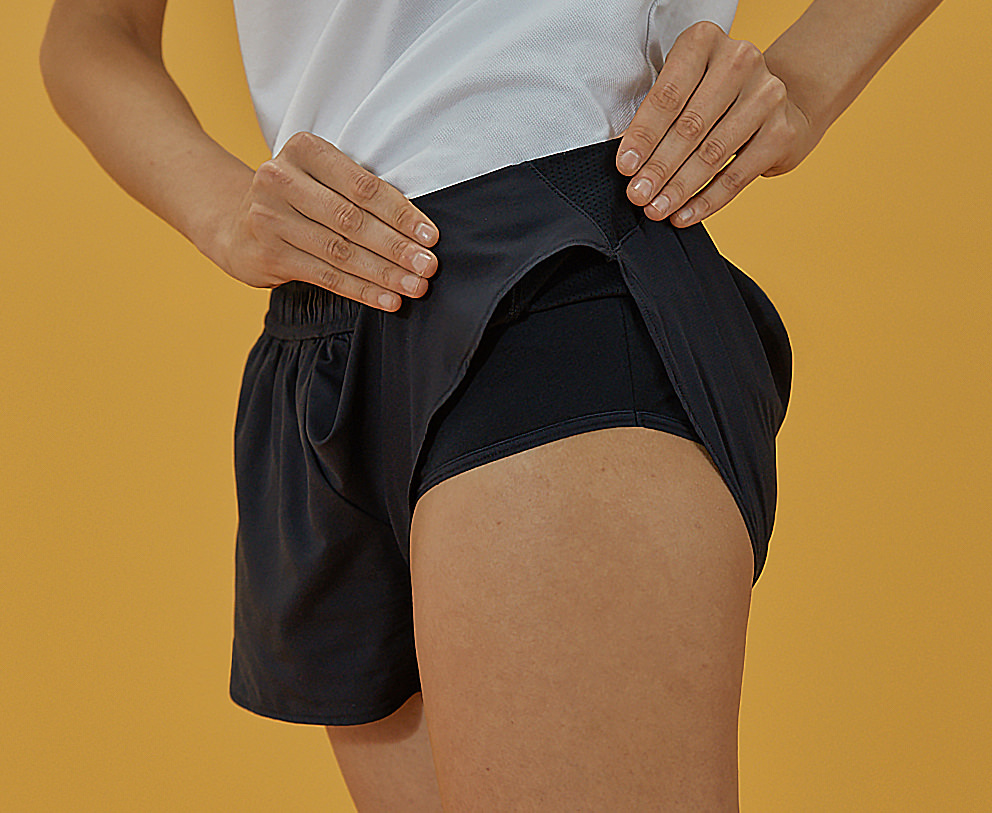 They're not cheap at $65, around €60, so they won't be for everyone but if you've ever stressed about exercising during that terrible time of the month, you might want to check them out.

You can read more about them here but it's difficult to say whether this particular item will prove a success...

popular
Irish person dies after drowning in Spanish resort swimming pool
Love Island's Danica said she felt "disrespected" in the villa
Search underway in Ireland for missing 11-year-old Ukrainian girl
Everything we know about Love Island USA's Irish premiere
Galway dog charity sees surge in owners surrendering dogs
Dami explains why he was "angry" during the Love Island reunion
WhatsApp introduces way to choose who can and can't see you're online
You may also like
4 months ago
Laura Whitmore launches new activewear edit with Dare 2b
6 months ago
Opinion: We shouldn’t feel pressured to join a gym on January 1st, go at your own pace
7 months ago
Gyms see massive cancellation figures from unvaccinated users
8 months ago
WATCH: Woman "disgusted" as she catches man filming her in gym
8 months ago
Cabinet to consider Covid passes for hairdressers and gyms
11 months ago
When to know if you're overdoing your workouts
Next Page