Our favourite fashion moments from Euphoria season 2 so far

From Y2K vibes to '90s grunge, this season's looks are killing it already.

Since the release of season two earlier this month, we've become officially obsessed with Euphoria.

Sure, it's full of drama, crazy plot lines, and wildly interesting characters, but there's another reason we love it so much - the ICONIC fashion. 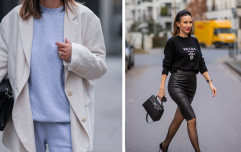 END_OF_DOCUMENT_TOKEN_TO_BE_REPLACED

The show's entire aesthetic is absolutely unparalleled and it never misses. Each of its characters have their own unique looks and are instantly recognisable.

We already cannot wait to see what the rest of the season has in store but until then, here are our favourite fashion moments so far.

Not even halfway into the first episode, Maddy delivered what is undoubtedly set to be of the best looks of the entire season.  The body-con, the elbow-length gloves, the super sleek hair - it was all iconic. Maddy truly personifies what it means to be an Instagram baddie. Pulling the whole look together was a pair of silver hoops and a necklace that read, 'BRAT'. Says it all really. 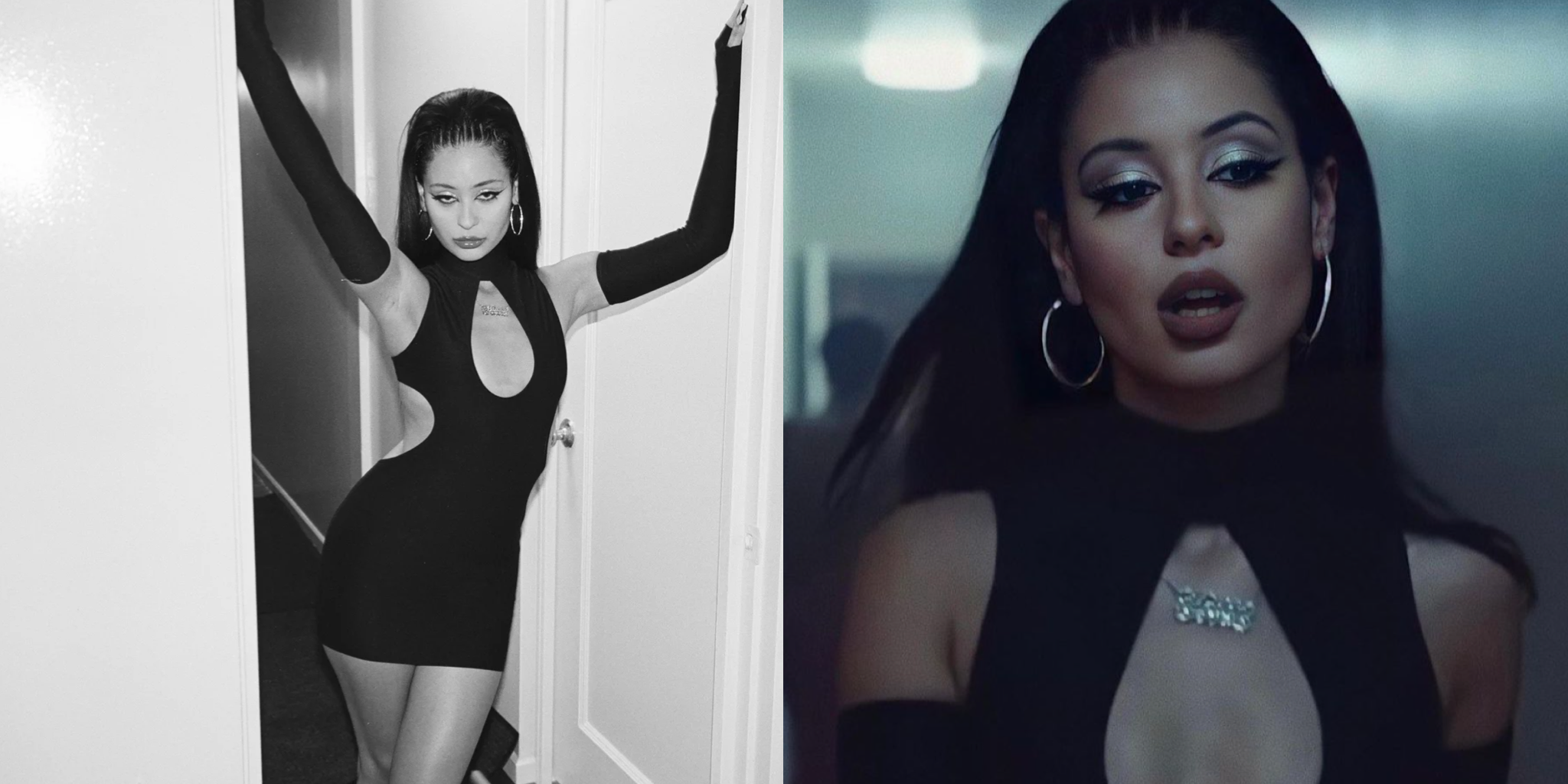 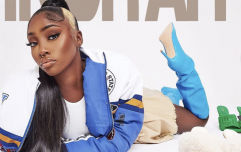 END_OF_DOCUMENT_TOKEN_TO_BE_REPLACED

We predict Lexi is going to get way more screen time this season after hiding from the spotlight in season one - and with that comes her very own signature style. She's certainly stepping out of the plain and basic outfits we are used to seeing her in and although it's not quite as glittery and edgy as her peers, her new look is stunning none the less. Plus, it reflects her more reserved character. This pastel blouse and pant combo from episode one, paired with the crown braid hairdo, is effortlessly chic. 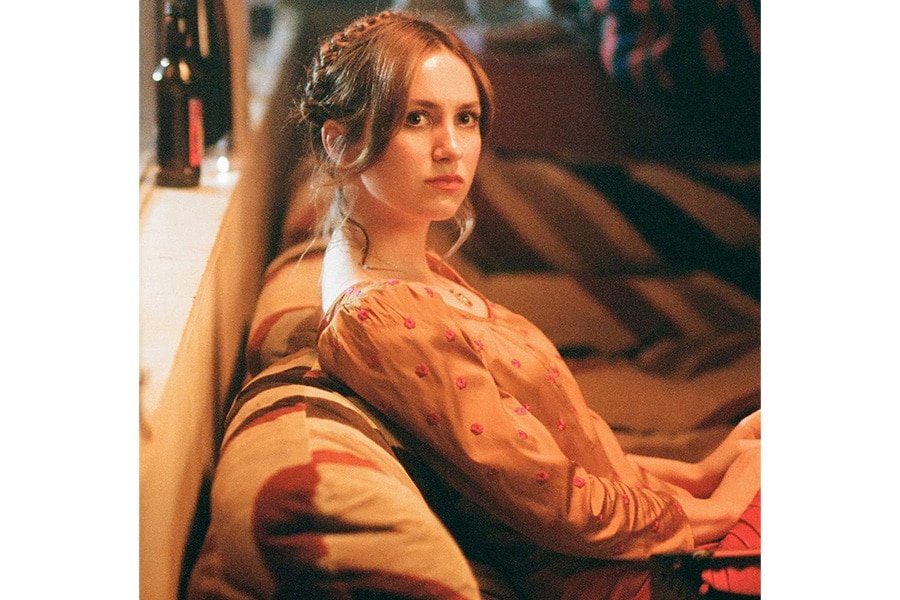 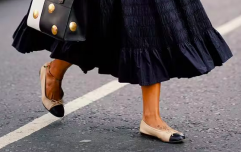 END_OF_DOCUMENT_TOKEN_TO_BE_REPLACED

First of all, we are loving Jule's new textured bob. She is really serving us '90s vibes with this season's looks so far, and this mesh slip top with a purple crop underneath is no exception. It's a little bit more mature than the bubblegum pop e-girl persona we have become so accustomed to, reflecting how she is growing as a character. 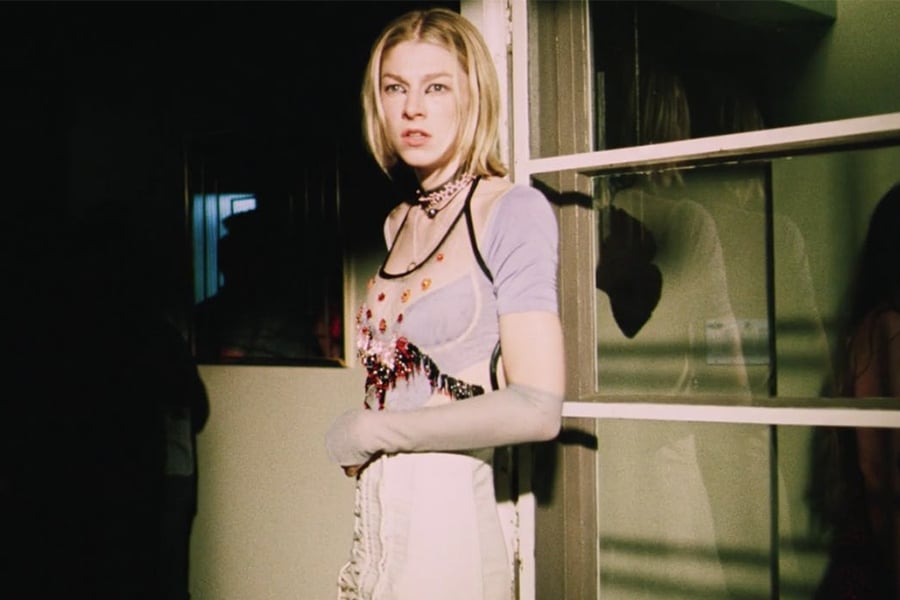 Okay, so we only really got a good look at Cassie's blue bodycon dress and white kitten heels while she was hiding in a bathtub in that anxiety-inducing scene, desperately hoping to not be found by Maddy after hooking up with her boyfriend but still, it was gorgeous. Cassie's looks are always soft and hyper-feminine, giving us cutesy '00s nostalgia in contrast to Maddy's harder and darker take on the same era. 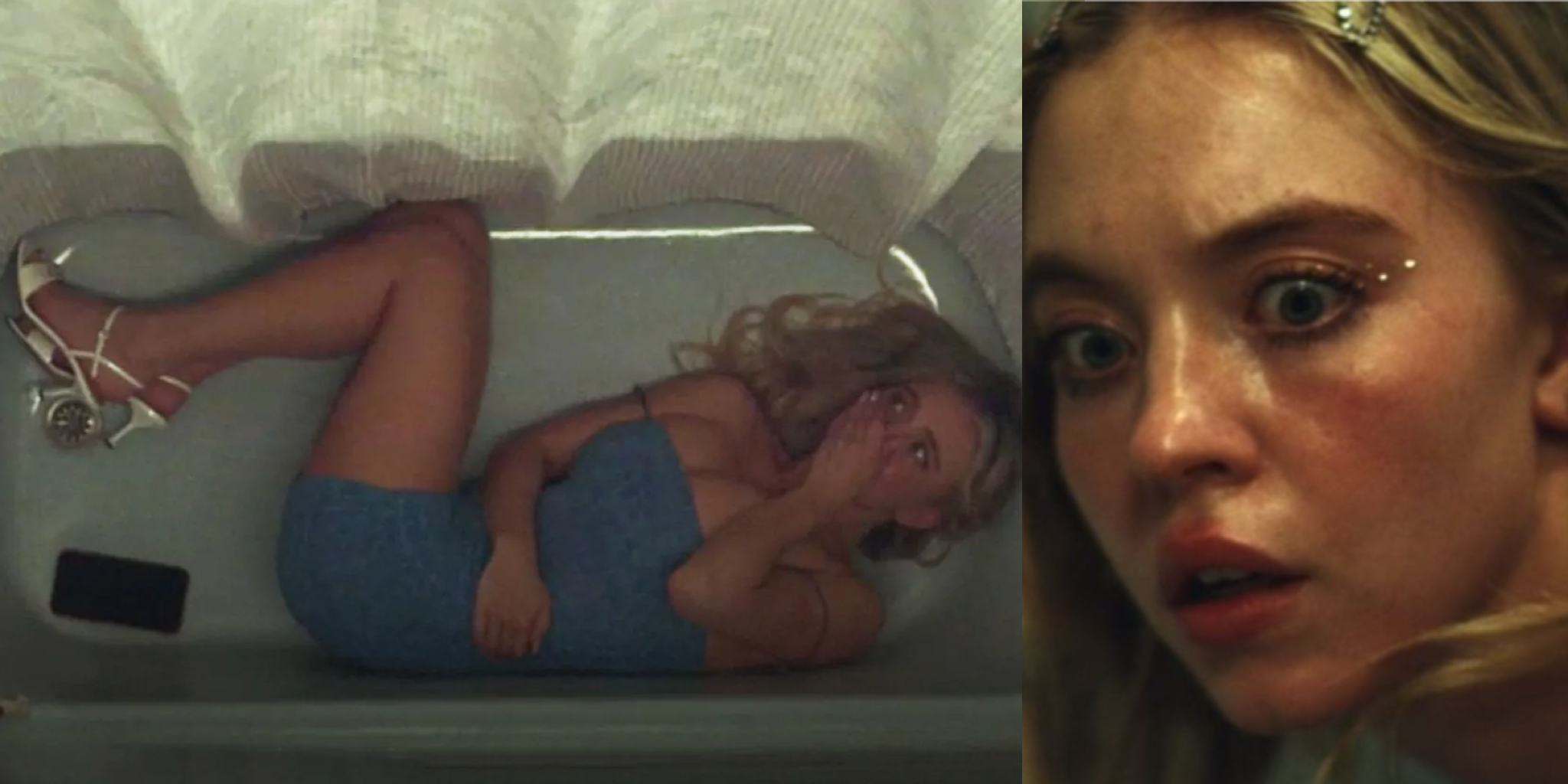 This season, Kat's ditched the latex (for now) but she's still rocking the her unique edgy and gothic style. In episode one, she wears this stunning teal look to a New Year's Eve party and - wow. From the dark green silk dress to the emerald tipped nails, Kat really knows how to stand out from the crowd. We can't wait to see what else she has in store. 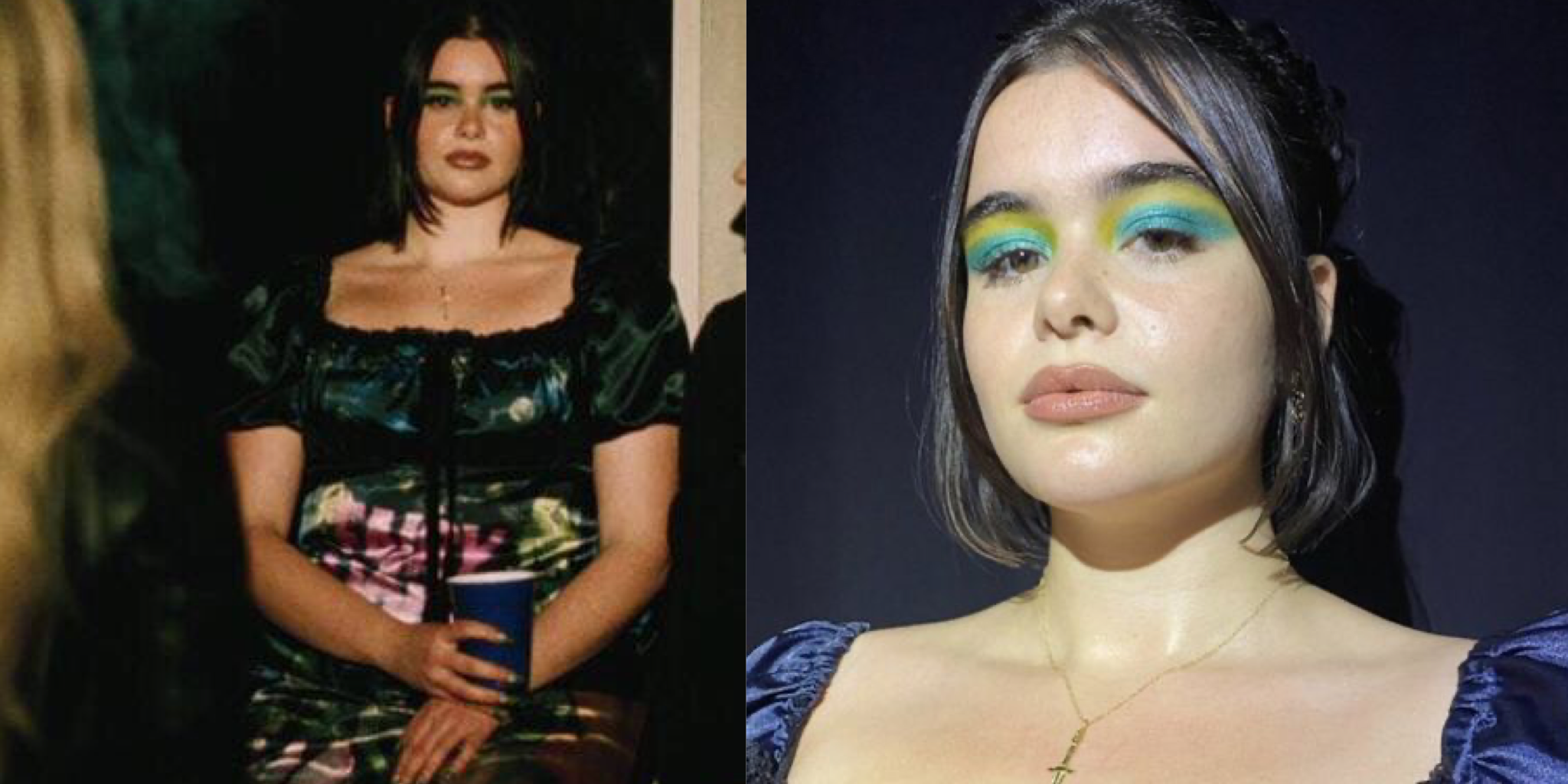 Yes, Maddy again. In fact, we could probably write an entire article about Maddy's looks alone because they never miss. Maddy actually served numerous looks in episode two, when she tried on a bunch of designer pieces from the closet in the house where she babysits - all of which looked amazing on her, of course, But the scene where she gets a little sassy after being told 17-year-olds can't sell their eggs for money saw her seriously serving '00s Bratz doll energy and we are loving it. 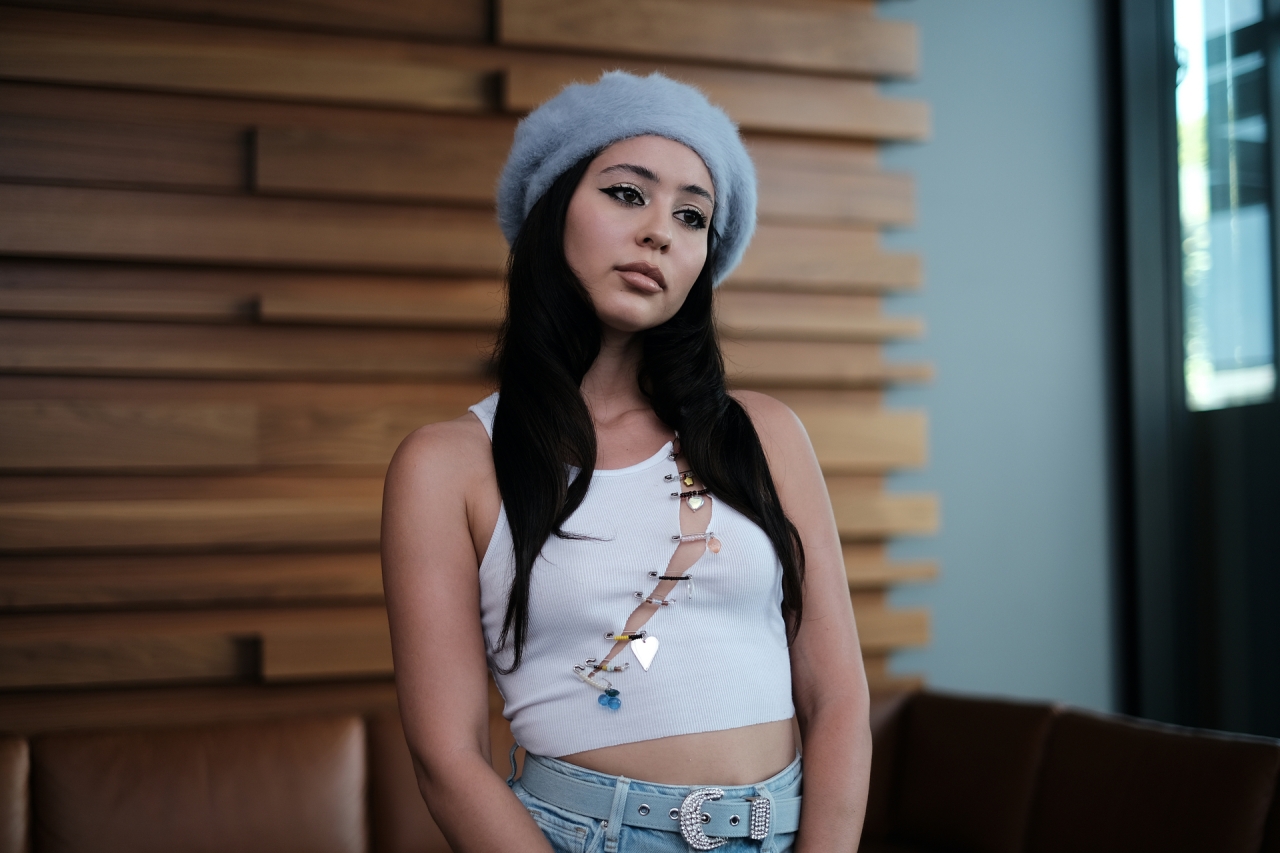 We wouldn't be doing season two justice if we didn't mention Fez's Grandma. Talk about a bad b*tch. And this royal blue pantsuit paired with gold rings and sunglasses really reminds us just how badass she is.

The latest season of Euphoria is available to stream on NOW with a NOW Entertainment membership.

popular
Two Love Island 2022 stars have just become step siblings...
Female child rushed to hospital after violent incident in Co. Clare
Abducted in Plain Sight: True crime drama follows girl who was kidnapped twice by the same man
Young girl found injured in Co. Clare house is in critical condition
Molly Mae Hague shares emotional moment she discovered she was pregnant
Joe Swash has reportedly flown to South Africa to film I'm A Celeb All Stars
Adam Collard responds to claims he cheated on Paige Thorne
You may also like
6 days ago
Love Island's Tasha lands yet another fashion deal
1 month ago
Love Island: The art of the (brand) deal
1 month ago
Gemma Owen finally addresses PrettyLittleThing deal
1 month ago
The Queen of Spain just wore this €39 Zara dress – and now we all want it
1 month ago
This €115 dress has a 12,000 person waitlist – because it looks perfect on everybody
1 month ago
As Tasha Ghouri teams up with eBay, is the tide turning on fast-fashion?
Next Page