Almost a year to the day after Meghan Markle and Prince Harry tied the knot, there's another royal wedding taking place at Windsor Castle today.

Lady Gabriella Windsor is marrying Thomas Kingston in St. George's Chapel today - the same place where the Sussexes wed, as well as where Princess Eugenie and Jack Brooksbank said 'I do' in October.

The bride, the daughter of the Queen's cousin Prince Michael of Kent, arrived at the chapel this afternoon in a stunning bespoke Luisa Beccaria gown. 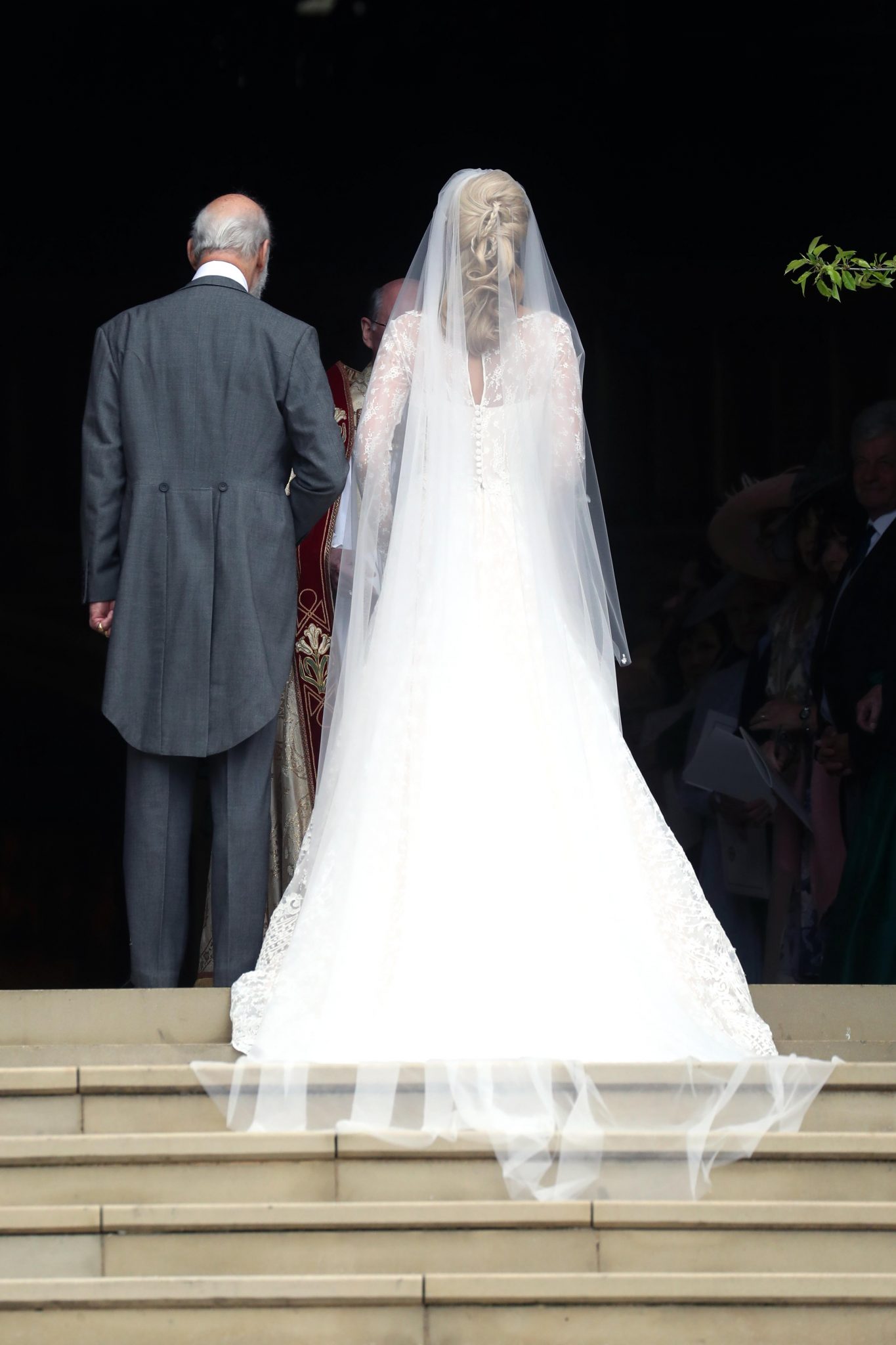 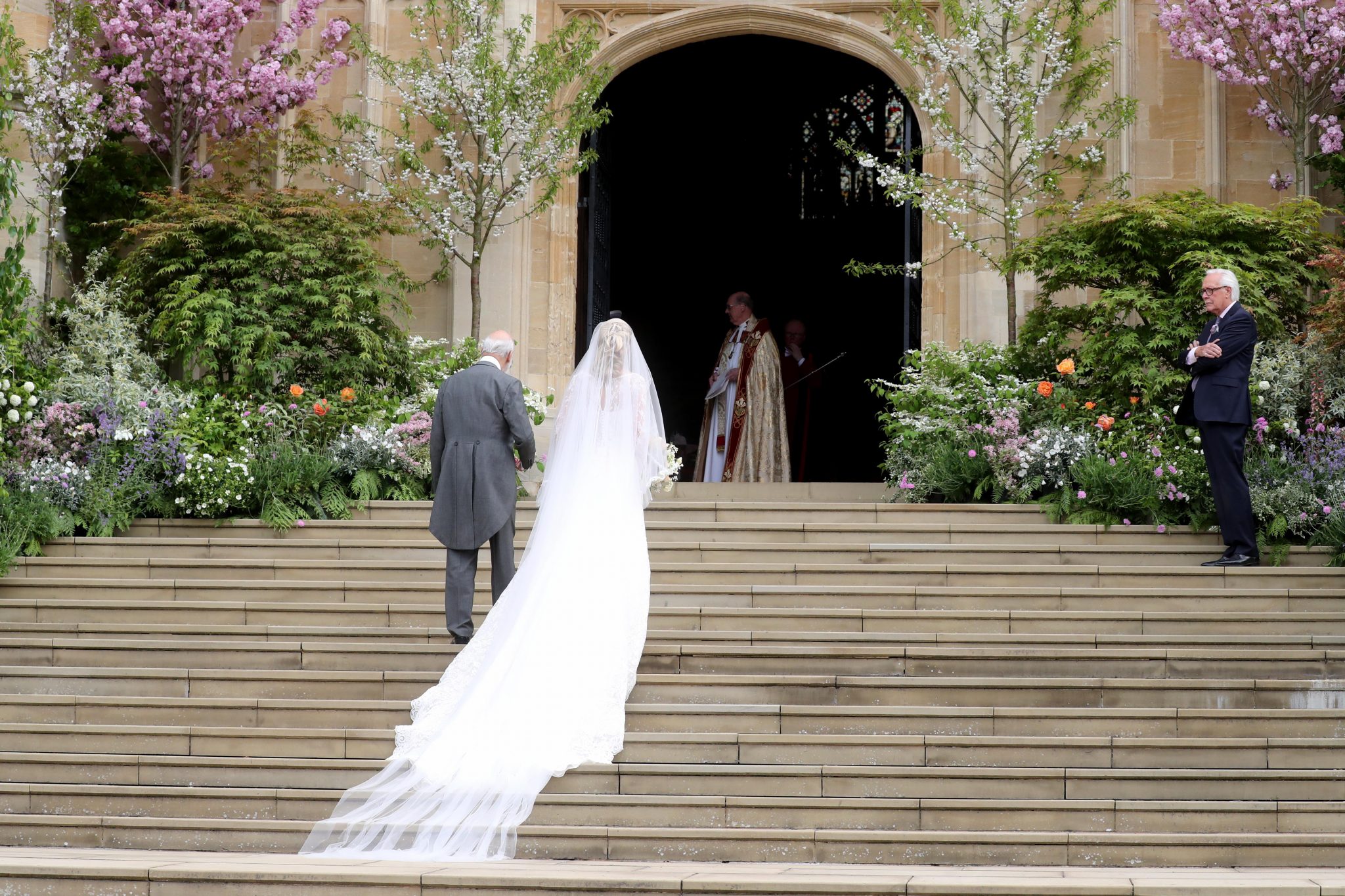 END_OF_DOCUMENT_TOKEN_TO_BE_REPLACED

The blush-and-white gown was made of lace, embroidered with flowers and embellishments. The slight rosy hue came from the layers of tulle and organdie underneath the lace.

The skirts fanned out into a long train, with her veil made from layers of white tulle, together with embroidered flowers.

END_OF_DOCUMENT_TOKEN_TO_BE_REPLACED 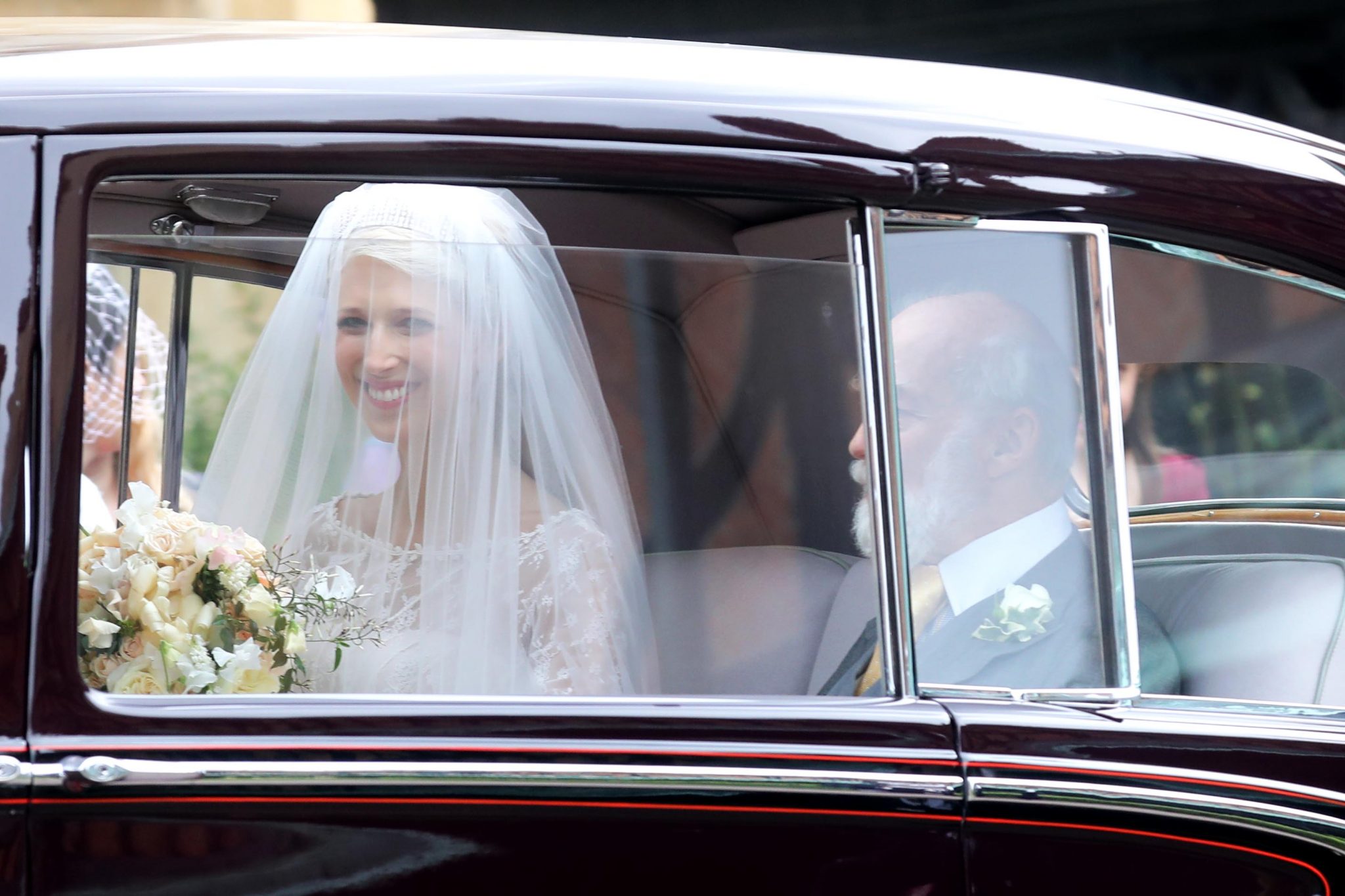 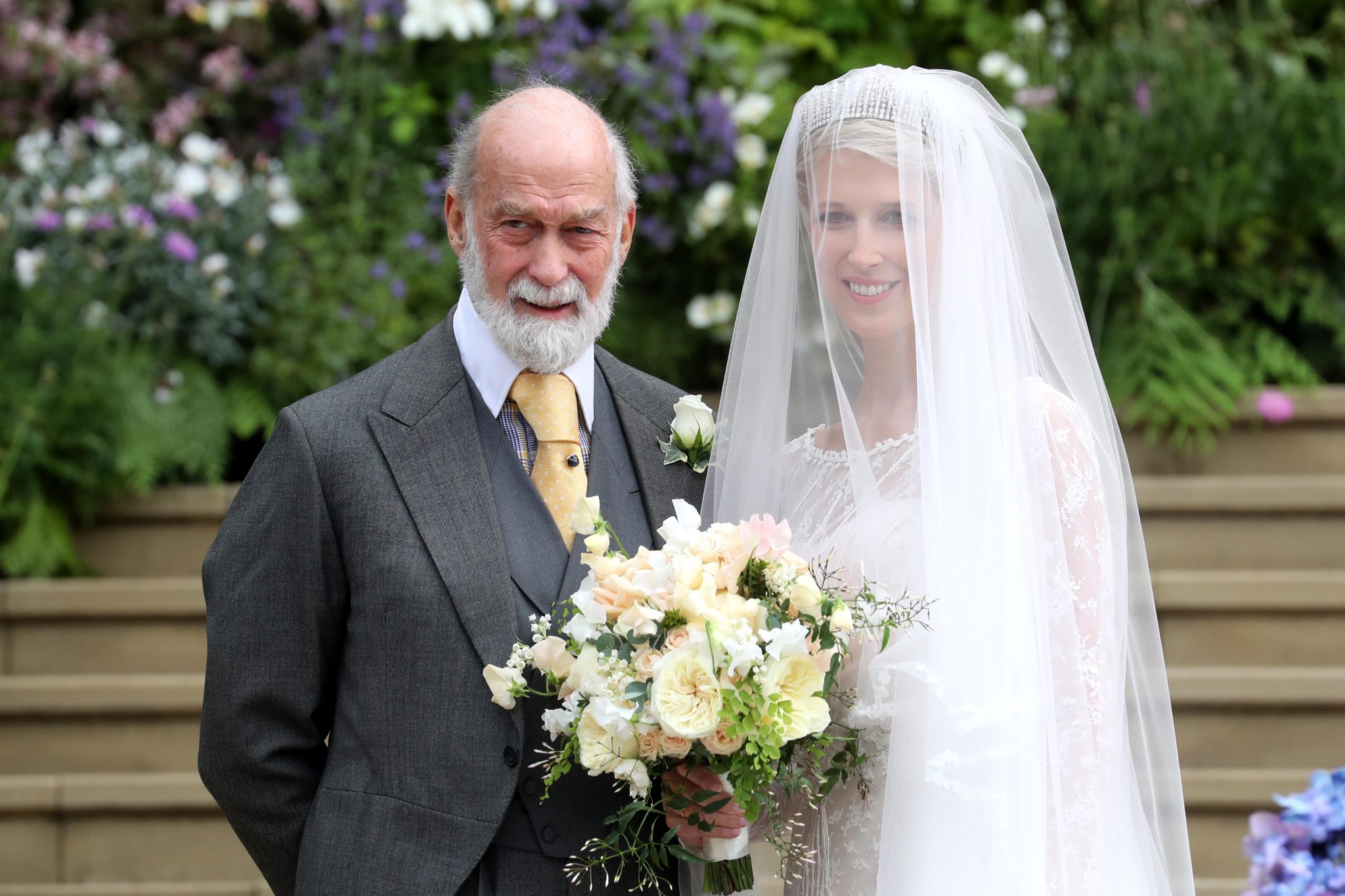 Her bouquet included a creamy ivory ‘Ella’ rose by David Austin, which was named for the bride, and myrtle.

Other flowers incorporated included Juliet roses, Lily of the Valley and white and apricot sweet peas.

According to the Royal Family, the Bridesmaid and Pageboy outfits were also designed by Luisa Beccaria.

"Bridesmaids wore cream dresses with blush underlays and sashes, with flower rings in their hair to echo the bridal bouquet.

"Pageboys wore cream shirts and knickerbockers. Their shoes were by Papouelli."

The 38-year-old, who is the daughter of one of Queen Elizabeth's cousins, Prince Michael of Kent, and Tom announced their engagement last year.

After the ceremony at St George’s Chapel the newlyweds and their guests will then make their way to the afternoon reception at Frogmore House as it has "personal resonance" for the couple.

Gabriella and Tom got engaged in August last  year with Tom proposing during a trip to the Isle of Sark.

Buckingham Palace said in a short statement at the time:

"Prince and Princess Michael of Kent are delighted to announce the engagement of their daughter Lady Gabriella Windsor to Mr Thomas Kingston.

"The engagement took place in August; Mr Kingston proposed on the Isle of Sark."

popular
Here are the baby name trends set to dominate 2023
Love Island's Faye Winter says she feels like she's "failing" as an influencer
5 delicious brunch spots around Ireland to try out on your next trip with the girls
First Look at David Seaman and Frankie Poultney's Wedding...
Selena Gomez calls out "vile and disgusting comments" following Hailey Bieber interview
Stacey Solomon addresses previous comments about the monarchy
Robbie Williams' wife, Ayda Field, just opened up about her son's health issues for the first time
You may also like
2 days ago
Royal Family ban TV channels from using funeral footage
1 week ago
Prince George and Princess Charlotte will attend the Queen's funeral
2 weeks ago
Apparently, the Queen had a special pancake recipe and someone just shared it online
2 weeks ago
Coronation Street actor Charlie Lawson tells Jedward to "shut up" following monarchy tweets row
2 weeks ago
Archie and Lilibet won't be prince and princess according to new update to Royal Family website
3 weeks ago
Queen Elizabeth II has passed away, aged 96
Next Page