LinkedIn is becoming the new website hackers are using to target potential victims, according to online security firm Symantec.

According to BBC, the scammers are posing as recruiters, connecting with users which ultimate leads them to a network of emails, address books, contacts and phone numbers.

While the security firm has confirmed it is working with LinkedIn to remove hacker accounts, they have revealed that the scammers are quickly gaining trust with users before downloading malware onto their personal computers. 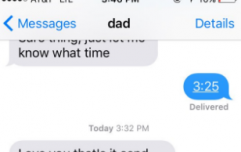 END_OF_DOCUMENT_TOKEN_TO_BE_REPLACED

"LinkedIn users expect to be contacted by recruiters, so this ruse works out in the scammers' favour.

"Most of these fake accounts have been quite successful in gaining a significant network - one had 500 contacts. Some even managed to get endorsements from others.”

The hacker accounts tended to use information copy and pasted from other professionals’ profiles, with profile pictures taken from stock image sites.

The profiles also listed skills and training qualifications such as "reservoir engineer", "exploration manager" and "cargo securement training" to increase their visibility on LinkedIn’s search engine.

For those concerned they had connected with a hacker account, O’Brien suggested pasting the job summary into Google to see if multiple accounts were linked to the information. Other safety precautions include performing a reverse image search to track where images may otherwise be appearing online.

In response to the news, LinkedIn released a statement to the BBC citing: 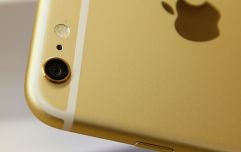 END_OF_DOCUMENT_TOKEN_TO_BE_REPLACED

"We investigate suspected violations of our Terms of Service, including the creation of false profiles, and take immediate action when violations are uncovered.

“We have a number of measures in place to confirm authenticity of profiles and remove those that are fake. We encourage members to utilise our Help Center to report inaccurate profiles and specific profile content to LinkedIn."

Girls With Goals || Her · Ep.161: Feeling Peachy - Sharon Keegan of Peachylean on being an absolute BOSS!
popular
Britney Spears' dad Jamie says he is "sorry" to see daughter in pain
Top 10 best staycation experiences in Ireland revealed
Woman escorted from Disney World for "inappropriate" top
Will Britney ever be freed?
Nearly half of men think 36 is "too old" for women to have a baby in UK
A BBC documentary on the Peru Two is coming next month
Aldi's new garden collection includes massive waterpark, slides and 14ft pools
You may also like
2 years ago
Apple issues recall for some MacBooks over fire concerns
2 years ago
You can lowkey eavesdrop on people's conversations with this AirPod feature
2 years ago
Study shows this phone habit will probably end a relationship
3 years ago
It's just become insanely easy for someone to hack into your Mac
3 years ago
Massive Apple leak reveals that a new ‘iPhone X’ is on the way
4 years ago
Here's how to find out who deleted you on Facebook
Next Page