The 'Someone Like You' singer officially announced the split yesterday, saying that their relationship had ended but that they would continue to co-parent their son.

“Adele and her partner have separated," read a statement from Adele's representative.

“They are committed to raising their son together lovingly. As always they ask for privacy. There will be no further comment.”

The Sun reports that amidst rumours that Adele and Konecki were having relationship trouble for the past while, the pair had been living separately for some time before ending things officially.

"This is a very sad situation - Adele and Simon had been living separate lives for some time.

“It was well known amongst their friends that this time they simply were not going to sort it out. They had been trying for years but eventually you have to accept that something just isn’t going to work.” 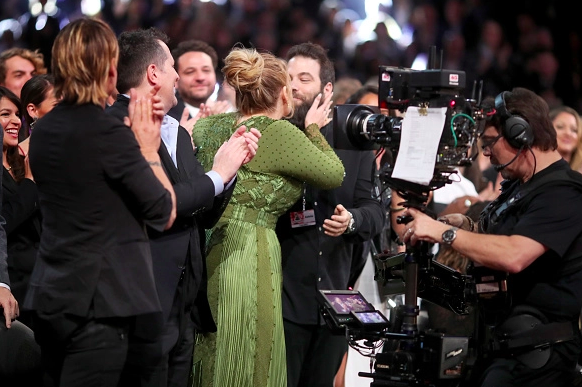 The couple had always been extremely private about their relationship.

Their marriage was only confirmed during Adele's Grammys acceptance speech in 2017 when she described Simon as her husband.

popular
Selling Sunset's Chrishell Stause reveals "the brokerage has split"
Eight Of The Best Films And Documentaries On 9/11
Kate Middleton has addressed the rumours that she's pregnant with her fourth child
Here's what happens on every day of your menstrual cycle (roughly)
Someone has ranked the penis size of men from all over the world
There's a Friends makeup collection coming, featuring Phoebe, Monica, and Rachel palettes
So apparently Kourtney Kardashian is now dating 20-year-old, Luka Sabbat
You may also like
8 months ago
We (and Twitter) want to talk about Adele's FABULOUS Christmas look for a minute
8 months ago
Adele shares gorgeous Christmas snap but the reaction to it is incredibly frustrating
11 months ago
Adele fans sent into a frenzy after rumours she is going to release new music next week
11 months ago
Adele has introduced Skepta to James Cordon as 'whirlwind romance' rages on
11 months ago
One Republic's Ryan Tedder says that Adele and Beyoncé collaboration was just a joke
11 months ago
Singer Adele is reportedly dating grime star Skepta, and we didn't see that coming
Next Page