Amber Heard could face jail time after illegally bringing her dogs into Australia.

The Magic Mike XXL actress and husband Johnny Depp came under fire from Australian authorities in May when it emerged that they had brought their Yorkshire terriers into the country without quarantining them.

The couple flew the dogs, named Pistol and Boo, into Australia on a private jet without adhering to strict importation guidelines and were told that the animals would be euthanised if they weren't removed immediately. 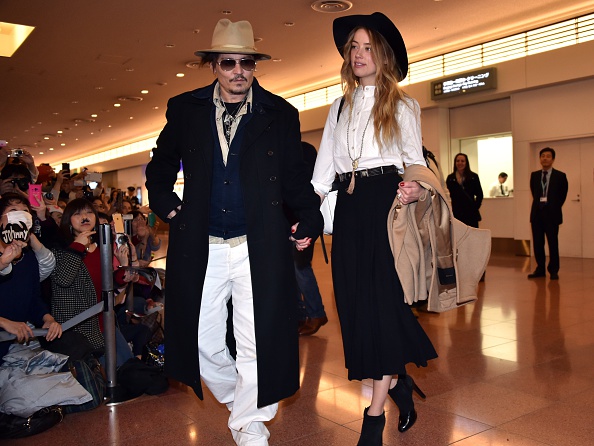 It has now emerged that Heard has been charged with two counts of illegal importation and another of producing a false document in relation to the breach.

The offences carry a maximum penalty of $100,000 or ten years in prison.

“If we start letting movie stars — even though they’ve been the sexiest man alive twice — to come into our nation [and break the laws], then why don’t we just break the laws for everybody?” Australian Agricultural Minister Barnaby Joyce told ABC previously.

popular
Staycation: TripAdvisor reveals the top 10 hotels in Ireland for 2020
WATCH: Sneak peak of Paul Mescal in latest Rolling Stones' music video
"Deeply and unreservedly sorry:" Ryan Reynolds apologises for marrying on former slave plantation
Irish actor Richard Flood promoted to series regular on Grey's Anatomy
Rupert Young, twin brother of Will Young, passes away, aged 41
WATCH: The trailer for Netflix's Ratched is here
Someone has ranked the penis size of men from all over the world
You may also like
1 month ago
Lizzo, Jennifer Aniston and other celebrities tell fans to wear face masks
2 months ago
From Miami to Mallow: The Irish Instagram star who's renovating an old post office during lockdown
5 months ago
Sex Education and Stranger Things fans will love the latest series to drop on Netflix
5 months ago
Finn Tapp and Paige Turley are crowned our 2020 Love Island winners
5 months ago
Dermot Kennedy sends sweet good luck message to aunt Mary Kennedy on DWTS
5 months ago
'I really did want to stay' Maura Higgins is the latest skater to get eliminated from Dancing On Ice
Next Page