Anna Geary announced her engagement to boyfriend Kevin Sexton yesterday sharing a picture of a ring sitting on a bunch of flowers.

It was very nice. 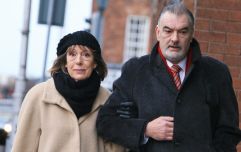 END_OF_DOCUMENT_TOKEN_TO_BE_REPLACED

And earlier today, the former Cork camogie player told Ryan Tubridy on Radio One how her husband-to-be proposed to her - and the story itself was fairly gas.

Anna said that she and Kevin were down at Castlemartyr Resort the day after a friend's wedding when he decided to pop the question.

But the Dancing With The Stars contestant said that when Kevin started to get down on one knee, she assumed that something had happened to his knee due to the amount of surgeries he had gotten.

She said she remembered thinking:

"Oh my God, he's had three knee operations, his knee's after going!

"[Kevin] was saying what he was saying, while I was asking 'What are you doing?'... that was fierce romantic out of me." 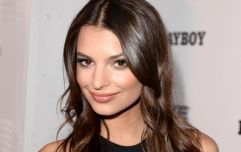 END_OF_DOCUMENT_TOKEN_TO_BE_REPLACED

Anna wrote on Instagram yesterday that accepting the proposal was the "The easiest yes" she had ever given.

However, due to the fact that she's currently in the middle of her exams and studying to become a personal trainer, planning the wedding isn't exactly high on her list of priorities.

popular
Irish girls name was the most used Irish name in the United States last year
Love Island’s Afia explains why Gemma’s dad has not been mentioned on show
Love Island fans react to "confusing" recoupling
This is the easiest way to determine you may have VIKING heritage
Why Are Men so Obsessed With Boobs? The Answer is Pretty Surprising...
Two of the Peaky Blinders gang are actually brothers in real life
Love Island fans are scratching their heads after finding Tasha's maternity photoshoot
You may also like
2 weeks ago
Gardaí investigating after Bus Eireann bus "attacked" in Cork city
3 weeks ago
Woman dies after car enters Cork river
1 month ago
Cork cocktail bar named as one of the best in Europe
2 months ago
Body of a Cork man found in the Costa del Sol
2 months ago
Status yellow weather warning in place for Cork
2 months ago
Cork actor Aidan O'Callaghan joining the cast of EastEnders
Next Page