Well, it all went down today.

Azealia Banks is known to cause a stir or two, and it seemed like she did just that on board an Aer Lingus flight this afternoon.

The singer took to Instagram Stories to say that her Dublin gig might be in jeopardy after an altercation with the staff on board the flight.

In the lengthy story, she said: "The lady is like... asking me some questions.

"And since I didn't have an answer for her she went a couple of seats over and she's just like staring at me." 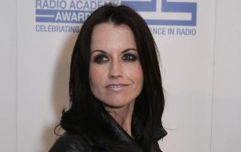 Dolores O'Riordan Speaks Out About Incident on Aer Lingus Flight

END_OF_DOCUMENT_TOKEN_TO_BE_REPLACED

"She goes to the captain of the plane and lies and says that I said 'Oh don't stare at me, I'll sort you out'. I'm like 'what the f*ck you talking about. I'm from New York City, I don't say shit like that, I don't use that kind of slang."

She then said she got off the plane, saying: "I've worked too hard in my life to be cornered by some ugly Irish bitch. Like, all these ugly Irish women here."

Azealia assured her fans that she will play in Dublin tonight, and confirmed her manager arranged another flight for her into the city.

However, she wrote on Instagram Stories asking if Aer Lingus and Ryanair were the same company... so who knows what will happen by the time she touches down in Ireland.