The couple have named their newborn baby girl Ophelia Saint Grohl, according to US Weekly. Ophelia has two big sisters, Violet Maye (8) and Harper Willow (5). 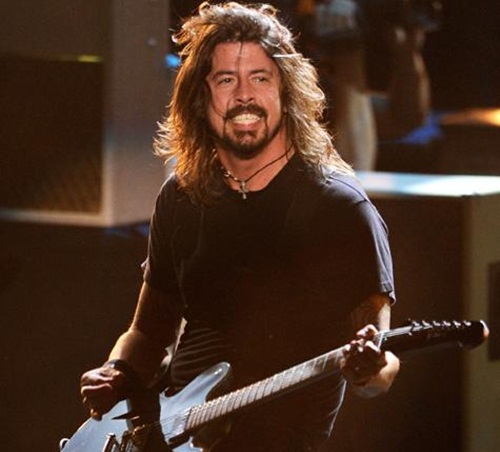 Dave is the frontman with American band Foo Fighters

Ophelia was born on August 1 but her birth only became public knowledge yesterday.

The happy news comes at a difficult time for the couple as Dave's father, journalist Jim Grohl, passed away on August 6 after a long-term battle with illness.

popular
Lauren Goodger assaulted and taken to hospital after baby girl's funeral
Tasha's dad responds to Jacques' Instagram video
Barry Keoghan and girlfriend Alyson welcome their first child together
Artist Audrey Hamilton: "Fast fashion was something we didn't want to be a part of"
Netflix about to unleash new dating show with extremely weird twist
These baby names are set to be popular in 2030 (so maybe get in there now!)
Everything you need to know about Netflix's "I Just Killed My Dad"
You may also like
3 years ago
Turns out, this colour of wine gives you the WORST hangover
6 years ago
Lily Allen has revealed that she was stalked for seven years
6 years ago
Pretty Little Liars actor Brandon Jones could be facing over five years in prison
6 years ago
Gwen Stefani Receives Massive Backlash After "Insulting" April Fools' Prank
6 years ago
Katie Price Names And Shames The Twitter Trolls Bullying Her Son Harvey
6 years ago
Kim Kardashian Blasts "Body-Shaming and Slut-Shaming" In Brilliantly Honest Post
Next Page