They didn't have the easiest start to their relationship.

But Caroline Flack appears to have made a big, bold and permanent step in her romance with former Apprentice star Andrew Brady.

The Love Island presenter appeared to show off her latest tattoo on Thursday night as she attended the Cosmopolitan Influencer Awards in London.

Posting a photo of her and her award on Instagram, it was her wrist that actually caught the eye of fans.

Particularly, the spot where it appears the television host had gotten her beau's initials inked on her.

A.B. can be seen written on her wrist, alongside a love heart and what appear to be a pair of glasses. 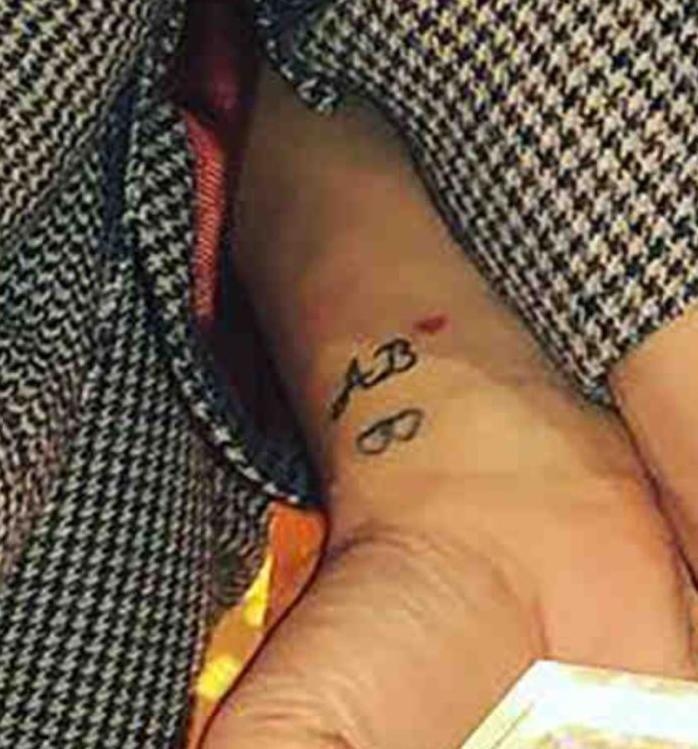 It's not immediately clear if this it's actually a tattoo or simply a pen/marker, but fans were sent into a frenzy.

Caroline and Andrew were first romantically linked in February after his stint in this year's Celebrity Big Brother house.

Speculation about their romance first started a few weeks ago when they started sharing pictures in the same location on Instagram Stories.

It wasn't long before fans started asking questions and their reported romance was featured in numerous publications.

They split last month after he was accused of cheating on her, but soon reconciled.