Prosecutors claimed that Harris used his status to persuade his victims.

Jerry Harris, who appeared in the Netflix documentary series Cheer, has been sentenced to 12 years in prison for crimes relating to child sexual abuse imagery and soliciting sex from minors.

END_OF_DOCUMENT_TOKEN_TO_BE_REPLACED

As The Guardian reports, the sentence was handed to Harris at a federal court in Chicago yesterday. Mr Harris had been arrested in September 2020 and has remained in custody at a detention centre since then.

In addition to these charges, he pleaded guilty to five other counts, but, following a plea agreement, the prosecutors agreed to drop these charges. 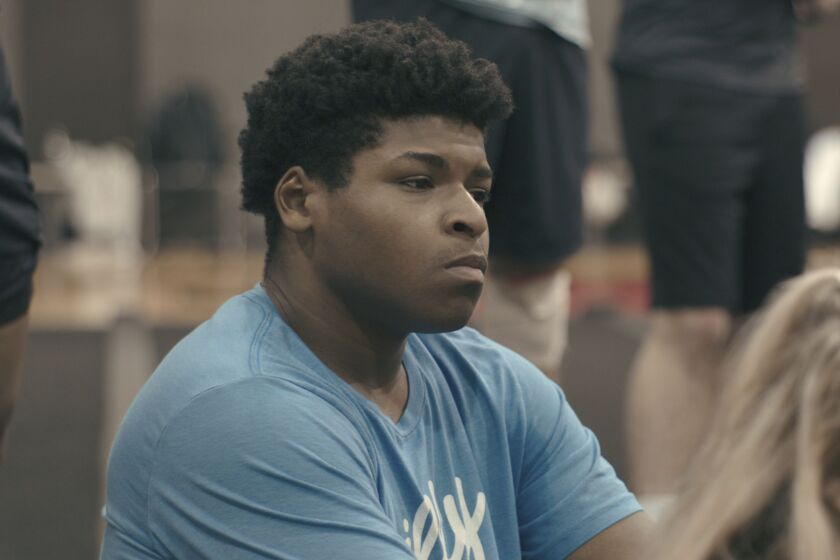 END_OF_DOCUMENT_TOKEN_TO_BE_REPLACED

He was subsequently indicted on charges of soliciting sex and child sexual abuse imagery from boys at cheerleading competitions.

The prosecutors on the case told the court that Harris used his status as a star in the hugely popular series to "persuade and entice" his victims.

Prior to receiving his sentence, Harris said: "I am deeply sorry for all the trauma my abuse has caused you. I pray deep down that your suffering comes to an end.

"I’m not an evil person. I’m still learning who I am and what my purpose is."

popular
Molly-Mae Hague fans think they officially know her baby's name – and it means cloud
Baby found unattended in pram in Dublin, Gardaí reveal
Joanna Cooper heartbroken after her mum is diagnosed with dementia
"I feel like I lost myself": Nathalie Lennon on her mental health struggles and her latest project with Pieta
Tasha Ghouri hits back at another islander who called her relationship fake
Conor Mcgregor hit by car ‘at full speed’ while cycling
Gwen Stefani reportedly pregnant with baby number four
You may also like
3 hours ago
Anne Hathaway shares disappointing news about The Princess Diaries 3
4 hours ago
Blake Lively cast in film adaption of It Ends With Us
6 hours ago
Conor Mcgregor hit by car ‘at full speed’ while cycling
6 hours ago
Sam Smith reveals they were spat at in the street after changing their pronouns
6 hours ago
Redhead girl stabbed with scissors at school 'because of colour of her hair'
7 hours ago
No plans to abolish homework, says Minister Foley
Next Page