It's hardly a nice thing for anyone to endure - never mind when you're pregnant with your fourth baby.

That he was driving another woman's car - and that that woman was in the car with him - only makes matters worse for Coleen, his wife of nine years. 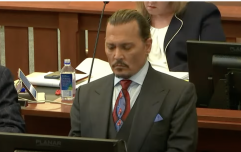 END_OF_DOCUMENT_TOKEN_TO_BE_REPLACED

Now, reports the Sun On Sunday, Ms Rooney, 31, has called and spoken to Laura Simpson, the 29-year-old Wayne was partying with on Thursday and who was in the vehicle with him when he was stopped by police.

Laura says the conversation lasted around five minutes and that Coleen was "polite" throughout.

"She asked me to tell her what happened," the publication quotes Laura as stating, adding: "She did say both of us were at fault". 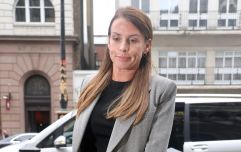 END_OF_DOCUMENT_TOKEN_TO_BE_REPLACED

However, Ms Simpson, who was first contacted by Wayne's wife via Instagram, went on to say that when she offered her an apology, Coleen responded with: "You have nothing to say sorry for."

Ms Rooney had to return from Spain, where she was holidaying with the couple's three young sons, when news of Wayne's arrest broke.

She is currently at her parents' house with her mum in particular said be supporting her at this difficult time.

The former England striker had been seen dancing on tables and singing while socialising in a club closeby to his €6.5million Cheshire home on Thursday.

He had been out with fellow footballer Wes Brown, as well as the younger brother of defender Phil Bardsley. The trio went for a meal in an Italian restaurant at around 4pm before moving on to bars.

On Friday, Rooney spent almost 12 hours in a police cell before being bailed and driven home by his agent, Paul Stretford.

The 31-year-old announced his retirement from international football recently after a record 53 goals and 119 appearances for England.

popular
Prince William shouts at photographer who was "stalking" his family
Michael Owen hilariously responds to Love Island's heart rate challenge
Irish girls name was the most used Irish name in the United States last year
Love Island: Danica sets her sights on Andrew as Luca asks Jacques about his relationship with Gemma
Victoria Beckham recalls moment she was weighed on live TV
Ekin-Su lands herself in a "sticky situation" as the recoupling looms on tonight's Love Island
Wait, are former contestants returning for Casa Amor?
You may also like
1 month ago
Peter Andre defends penis size after Rebekah Vardy's 'chipolata' comments she 'deeply regrets'
1 month ago
Wagatha Christie: What we learned from Day 1 of the Rebekah Vardy and Coleen Rooney trial
1 month ago
A Coleen Rooney/Rebekah Vardy documentary is apparently in the works
4 months ago
Rebekah Vardy says she'll donate "every penny" in Coleen Rooney court case to charity
4 months ago
Coleen Rooney says she's learned to 'live with' Wayne's cheating but they're not 'lovey dovey'
1 year ago
Wayne and Coleen Rooney spotted holidaying in Ireland
Next Page