“I am a person first and a Mother second."

Comedian Em Rusciano came under fire last week on the interweb after she went out twice in one week.

The mother of two wrote a post to address the mothers that called her a “disgusting whore Mother whose children should be removed”. 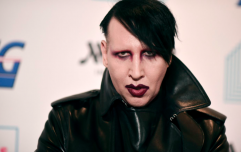 END_OF_DOCUMENT_TOKEN_TO_BE_REPLACED

In the now viral post, Em talks about how she believes she’s a better mother because she choose to do things to make her “heart bigger”.

The post which has been liked over 40,000 times in the last 3 hours reads:

“To the people who seemed very concerned that I had two nights out last week. Particularly the woman on twitter who called me a "disgusting whore Mother whose children should be removed".

I am a person first and a Mother second, I believe I'm a better Mother because I'm a person first and a Mother second. I try to do things that make my heart bigger, that inspire me and that allow me to find tiny holes of light to stand in. I'm prone to sadness, sticky thoughts and anxiety. I've learned over the years that the best way to combat these unfortunate quirks I have, is to make sure that I partake in activities that benefit me, and only me. That help me to grow as a person AWAY from my kids so that when I come back to them I'm a whole human. Not a fractured, broken one wandering around empty and confused. One who knows exactly what she wants, one who can show and teach them that it is ok to be strong, focussed and full of life.

Sometimes this involves me going to a museum, on a holiday or dancing on a podium in a leotard, surrounded by gay men, covered in glitter. watching my hero perform twice in one week.

Now look, I know I don't owe you dick balloons being horrible about me having time away from my 14 and 9-year-old kids any sort of explanation but what I do need to do is keep reminding other Mothers out there not to forget themselves. To remember the person they are away from their babies, I believe that is very important. That they are not bad Mothers for wanting some things just for them, that in fact that makes them better parents in the long run.

Fuck you very much.

Girls With Goals || Her · Ep.161: Feeling Peachy - Sharon Keegan of Peachylean on being an absolute BOSS!
popular
The DIY frozen coffee recipe that's so delicious you'll never pay for an iced latte again
5 best road trips to do in Ireland this summer
Planning on visiting the Disenchanted set this weekend? Taxi requests are up by 142%
Wayne and Coleen Rooney spotted holidaying in Ireland
People are making McFlurries at home - and they look delicious
Here's what happens on every day of your menstrual cycle (roughly)
Someone has ranked the penis size of men from all over the world
You may also like
2 days ago
Pornhub sued by dozens of women over alleged image based and child sexual abuse
3 days ago
WHO plan says women of "child-bearing age" shouldn't drink alcohol
3 days ago
Enid Blyton's books deemed "racist and xenophobic" by charity
1 week ago
Author Lucinda Riley's family announces she has died aged 56 after 'secret' cancer battle
1 week ago
Investigation launched after body found at Limerick's Corbally Baths
1 week ago
Three-month-old baby girl dies in dog attack in Co. Waterford
Next Page