CONFIRMED: The First Irish Man in Space Will Be…

Boomtown Rats singer Sir Bob Geldof has just confirmed that he will be travelling into space as one of the first ever Space XC astronauts during 2014.

According to Sir Bob, who appeared on the first episode of the new season of The Late Late Show on Friday night, being the ‘First Irishman in Space’ is: “not only a fantastic honour but pretty mind-blowing…The First Rock Astronaut – Space Rat! Elvis may have left the building but Bob Geldof will have left the Planet! Wild! Who would have thought it possible in my lifetime” 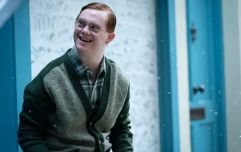 END_OF_DOCUMENT_TOKEN_TO_BE_REPLACED

To infinity and beyond... Sir Bob Geldof is set for a space adventure

Sir Bob will be undertaking his first step of training in the space flight simulator based in Holland this coming weekend.

Space Expedition Corporation (SXC) is hoping to launch 100 people into space in 2014 at the cost of $100,000 per ticket, and Sir Bob is in good company, as others who have already signed up for the trip of a lifetime include DJ Armin van Buuren and Victoria's Secret model Doutzen Kroes.

popular
Fans are feeling seriously sorry for Molly Mae Hague after resurfaced interview
Gwen Stefani reportedly pregnant with baby number four
Joanna Cooper reveals when she's officially tying the knot with Conor Murray
He may be a politician, but Leo Varadkar's personal life is none of our business
Here are our top picks from this week's Lidl Toy Event
Why Are Men so Obsessed With Boobs? The Answer is Pretty Surprising...
Kelsey Parker: "People think I should be walking around wearing my black veil"
You may also like
4 days ago
Oscar winning Green Book actor found dead on New York street
5 days ago
Her meets Keilidh Cashell: "Irish people can always sense bullsh*t!"
5 days ago
This Netflix Christmas film is being dubbed the perfect rom-com
5 days ago
Spice Girl Mel C to attend Drag Jubilee for Davina Devine at The George
5 days ago
The trailer for Harry & Megan has finally dropped
5 days ago
Kim Kardashian turned down Balenciaga deal following campaign controversy
Next Page