The TV Choice awards editor has been forced to deny accusations that Great British Bake Off judge Mary Berry was ‘manhandled’ at a recent awards ceremony.

In a tweet sent out by TV Choice editor Jon Peake, the journalist was forced to deny reports that Danny Dyer had ‘manhandled’ Mary Berry when heading up on stage to collect the award for Best Soap as part of the cast of Eastenders.

Danny had reportedly been seen putting his arms around the 79-year old GBBO judge and leaning in for a kiss.

However, TV Choice editor Jon Peake has now had to defend the actions of the soap star, tweeting:

Contrary to reports @MrDDyer did not 'manhandle' Mary Berry. She took it all in good humour. No damage done! Glad everyone had a good time.

END_OF_DOCUMENT_TOKEN_TO_BE_REPLACED

A spokesperson for Eastenders spoke out against the reports saying:

“Danny and the rest of the cast had a great night celebrating their wins which was all the more special for Danny as he won his first Best Actor award.

“With regards to Mary Berry, Danny did affectionately give her a kiss on the cheek. He is a big fan.” 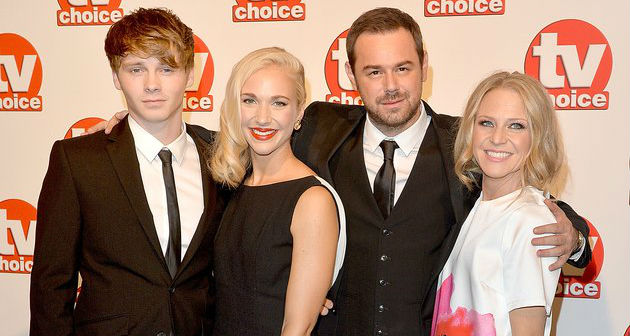