Drew Barrymore has shared the first photo of her daughter Frankie on the cover of People magazine’s latest issue - and it’s adorable.

The one month old is Barrymore’s second daughter with husband Will Kopelman. The pair had their first daughter Olive in September 2012.

Although she admits that raising two babies is difficult as they’re "awake and asleep at different times, or awake at the same time, and it's a juggling act a little bit," the actress told People she wanted Olive to grow up with a sibling:

END_OF_DOCUMENT_TOKEN_TO_BE_REPLACED

" …because I really would have liked that in my life. And always being on time, being there when I say I'm going to be there. Creating a real stable home."

The 39-year-old also spoke out about how she was hesitant to act again after the birth of her first daughter, Olive:

"I didn't think I could go back to work honestly. I didn't want to be away from my kids and it just wasn't the priority.

"With Adam, he makes everything really safe because he really creates an environment where kids can come and be a part of it. It was a really big lesson for me."

The star looks gorgeous on the front cover, with daughter Frankie fighting off a yawn. 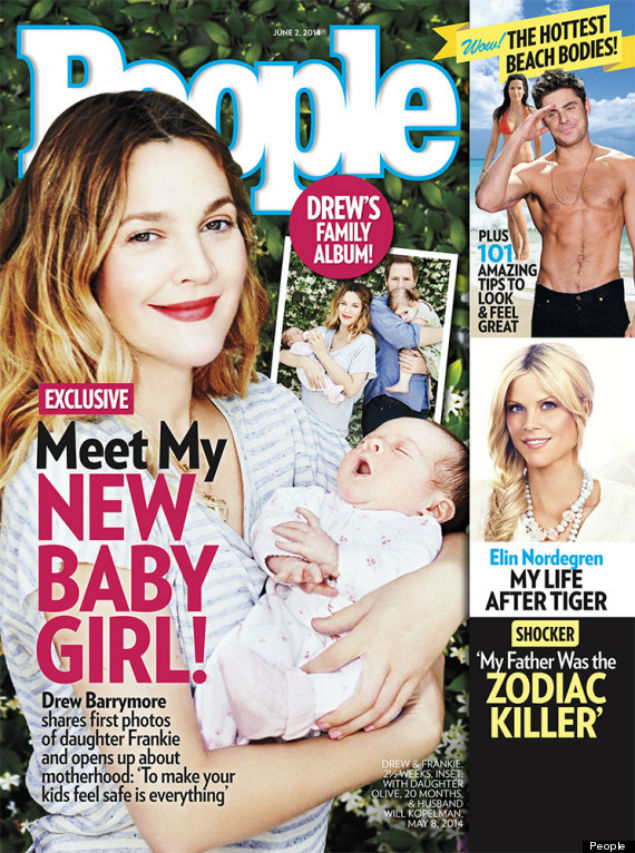