It appears that Lindsay Lohan acted rather strangely when shopping in London department store Selfridges at the weekend.

The Mean Girls actress is thought to have walked out of her dressing room laughing hysterically, before running around the store... completely in the nude.

A source told The Sun newspaper: "Lindsay took some items into the changing room. Halfway through, she ran out of the room with nothing on and was chased by members of staff who were trying to cover her up.

"She was laughing her head off and literally giving staff the run-around as customers looked on." 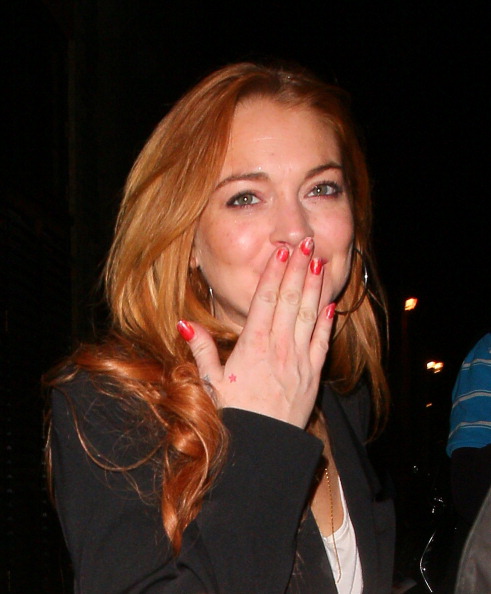 Lindsay had a personal shopping appointment at the department store scheduled for later that day but after her antics, the actress thought better of attending.

END_OF_DOCUMENT_TOKEN_TO_BE_REPLACED

The insider added: "Lindsay was booked in for a personal shopping experience with a posh brand at the shop later that day, but it didn't happen."

27-year-old Lindsay is said to be considering a move to London to star in West End show Speed-the-Plow, which will debut in November.

popular
QUIZ: How well do you remember The Princess Diaries?
Security footage released of Naya Rivera as search is updated to recovery mission
5 absolute essentials for when you're having the gals over for a summer evening soirée
Glossier: A first-time buyers guide to this cult beauty brand
Kym Marsh, 42, to become grandmother as daughter Emilie announces pregnancy
People are freaking out thinking that their star signs have changed
Here's what happens on every day of your menstrual cycle (roughly)
You may also like
1 year ago
Turns out, this colour of wine gives you the WORST hangover
4 years ago
Lily Allen has revealed that she was stalked for seven years
4 years ago
Pretty Little Liars actor Brandon Jones could be facing over five years in prison
4 years ago
Gwen Stefani Receives Massive Backlash After "Insulting" April Fools' Prank
4 years ago
Katie Price Names And Shames The Twitter Trolls Bullying Her Son Harvey
4 years ago
Kim Kardashian Blasts "Body-Shaming and Slut-Shaming" In Brilliantly Honest Post
Next Page