The husband of a heroic policewoman who was killed in duty during 9/11 has returned her ‘Women of the Year’ award, after learning that Caitlyn Jenner had received an award at this year's event.

Moira Smith was 38-years old when she selflessly ran back into Tower Two to evacuate people trapped in the terrorist attack. It was during one of these escape missions that she was killed. 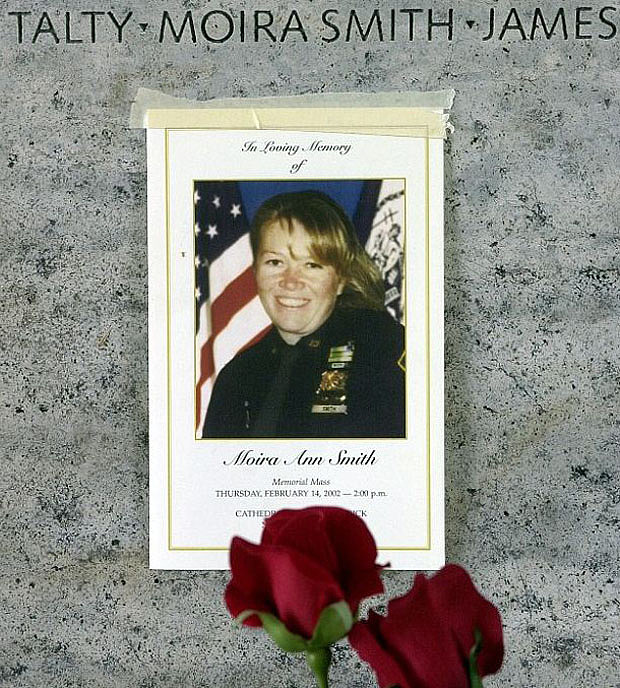 END_OF_DOCUMENT_TOKEN_TO_BE_REPLACED

In December 2001, she was honoured posthumously as Glamour magazine’s ‘Woman of the Year’ award – which her husband James Smith collected in her honour.

Now, Smith has decided to return the trophy, after accusing it of being "insulting" to the memory of his wife.

Jenner was awarded the Transgender Champion award at the Glamour Women of The Year awards this year.

In an open letter posted on Facebook, Smith explained the motivation behind his decision to return the award to Glamour: 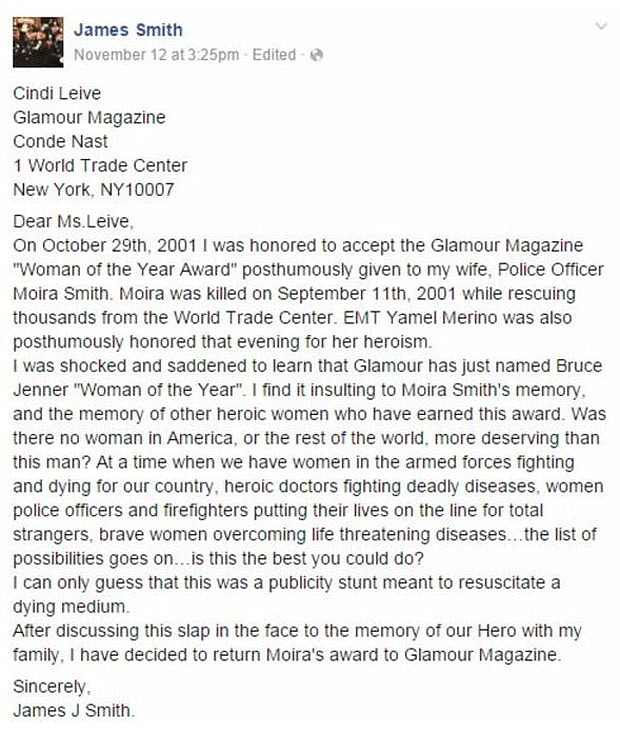 END_OF_DOCUMENT_TOKEN_TO_BE_REPLACED

Speaking to the NY Daily Post, a spokeswoman for Glamour magazine said:

“We were proud to honor his wife... in 2001, and we stand by our decision to honor Caitlyn Jenner.

“Glamour's Women of the Year Awards recognize women with a variety of backgrounds and experiences.”

popular
Wagatha Christie: Rebekah Vardy storms out of court just 30 minutes into final day
Only a matter of time before monkeypox spreads to Ireland, says expert
Claire Byrne Live viewers in shock as woman shares family DNA secret
Surprise! Ed Sheeran announces he and wife Cherry have welcomed baby #2
Why Are Men so Obsessed With Boobs? The Answer is Pretty Surprising...
This is the easiest way to determine you may have VIKING heritage
Here Are The Top 20 Most Common Pin Codes in The World
You may also like
3 years ago
Turns out, this colour of wine gives you the WORST hangover
6 years ago
Gwen Stefani Receives Massive Backlash After "Insulting" April Fools' Prank
6 years ago
Katie Price Names And Shames The Twitter Trolls Bullying Her Son Harvey
6 years ago
Kim Kardashian Blasts "Body-Shaming and Slut-Shaming" In Brilliantly Honest Post
6 years ago
WATCH: Emma Watson Launched HeForShe Arts Week On International Women’s Day
6 years ago
Kylie Minogue Just Served Kylie Jenner With Some Scathing Home Truths
Next Page