Yet another male has spoken out and denied claims that he has slept with Lindsay Lohan following the publishing of a star-studded list that noted all of her sexual encounters.

Adam Levine is singing from the same hymn sheet as James Franco and denied that anything untoward went on between himself and Lohan.

The Maroon 5 frontman squashed the allegations on air with Howard Stern after being confronted about the topic by the host.

END_OF_DOCUMENT_TOKEN_TO_BE_REPLACED

“I did not have sexual intercourse with Lindsay Lohan." Levine said.

Stern then quickly pointed out that none of those named on the list admitted to having sex with the actress.

Levine replied: “That’s because I think we’re being truthful about that very specific thing,”

“I can f--king see it on the paper, I’m getting much better at this!”

END_OF_DOCUMENT_TOKEN_TO_BE_REPLACED 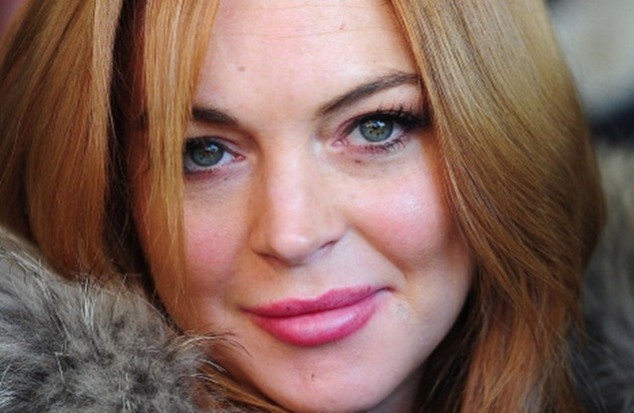 Stern then asked, “Did anybody have sex with Lindsay Lohan?”

“A lot of people probably did, I don’t know,” Levine answered.

END_OF_DOCUMENT_TOKEN_TO_BE_REPLACED

A short time after the list went public, the actress spoke out to admit that the process was all part of her rehabilitation.

“That was actually my fifth step in AA at Betty Ford. And someone, when I was moving during the OWN show, must have taken a photo of it. And so that’s a really personal thing and it’s really unfortunate…” she said.

“The story’s on [The New York Post’s] Page Six right now. That actually really is annoying right now. It’s f-ed up. And I don’t want a part in it. The fact that that happened was not only hurtful, but just mean.”

We don't know who to believe... *Places own list securely back in safe*

popular
So, William and Harry have a step sister... and who knew?
Netflix's true crime series Sins of our Mother is seriously insane
Rylan Clark was hospitalised with two heart failures after marriage breakdown
Smyths issues warning to parents ahead of Christmas
Brian O'Driscoll brings the wrong dog home from the groomers
Why Are Men so Obsessed With Boobs? The Answer is Pretty Surprising...
Riverdale actor Ryan Grantham charged with murder of his mother
You may also like
3 years ago
Turns out, this colour of wine gives you the WORST hangover
6 years ago
Gwen Stefani Receives Massive Backlash After "Insulting" April Fools' Prank
6 years ago
Katie Price Names And Shames The Twitter Trolls Bullying Her Son Harvey
6 years ago
Kim Kardashian Blasts "Body-Shaming and Slut-Shaming" In Brilliantly Honest Post
6 years ago
WATCH: Emma Watson Launched HeForShe Arts Week On International Women’s Day
5 days ago
Don't panic but a Spice Girl is going to be on this week's Late Late Show
Next Page