Ke$ha has said she has no control over her musical career as all decisions are dictated by her management.

Fans of the star recently started a petition against producer DJ Luke who is reportedly ‘controlling her like a puppet’ and it has 3,300 signatures so far.

"I feel like my fans are really protective of me," Ke$ha told Rolling Stone. "They just want to see me grow as an artist, which I agree with.

"Hopefully in the future, I'll be in a position where I can put out a ballad or a more vulnerable song." 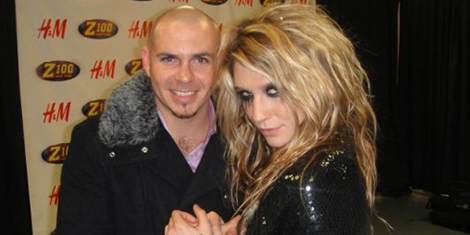 END_OF_DOCUMENT_TOKEN_TO_BE_REPLACED

When asked if she has any creative control over her career, Ke$ha replied: "Not really. What's been put out as singles have just perpetuated a particular image that may or may not be entirely accurate.

"I'd like to show the world other sides of my personality. I don't want to just continue putting out the same song and becoming a parody myself.

"I have so much more to offer than that and I can't wait till the world really gets to hear that on the radio."

popular
Terrie McEvoy responds to trolls who commented on her pregnancy weight
Derry Girls star speaks out after show called "distinctively British"
Ariana Grande just dropped a breakup song about Pete Davidson AND Mac Miller
Police release bodycam footage of missing YouTuber Gabby Petito
Someone has ranked the penis size of men from all over the world
Gwen Stefani reportedly pregnant with baby number four
Forget Making a Murderer, This Crime Documentary is Finally on Netflix
You may also like
2 years ago
Turns out, this colour of wine gives you the WORST hangover
5 years ago
Pretty Little Liars actor Brandon Jones could be facing over five years in prison
5 years ago
Gwen Stefani Receives Massive Backlash After "Insulting" April Fools' Prank
5 years ago
Katie Price Names And Shames The Twitter Trolls Bullying Her Son Harvey
5 years ago
Kim Kardashian Blasts "Body-Shaming and Slut-Shaming" In Brilliantly Honest Post
5 years ago
WATCH: Emma Watson Launched HeForShe Arts Week On International Women’s Day
Next Page