Ben Affleck has slammed claims he is dating his children's nanny, saying the rumours are "garbage".

The Batman star split from wife of ten years Jennifer Garner last month and it is now being reported that he has moved on with his 26-year-old nanny Christine Ouzounian.

According to US Weekly, the communications graduate was hired by the couple during a secret ten-month separation and Ouzounian has been telling her friends that it is "true love".

"They would hang out without the kids. And they were very flirty," said a source. 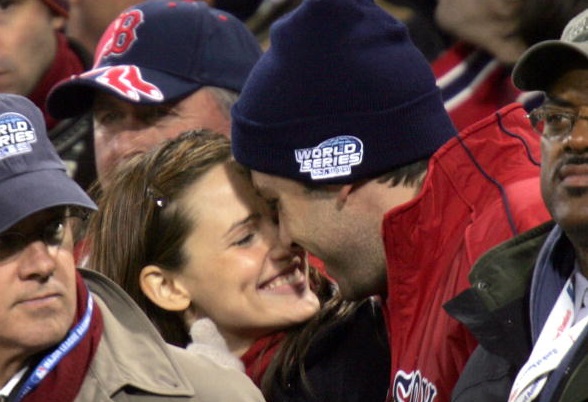 END_OF_DOCUMENT_TOKEN_TO_BE_REPLACED

However, a spokesperson for Affleck has rejected the claims and denied that there is any romantic connection between the pair.

"All allegations of a romantic relationship are baseless and untrue."

Garner and Affleck met on the set of Pearl Harbour in 2001 and started a relationship after working together on Daredevil in 2003.

popular
Simon Harris gives three urgent options for easing restrictions next week
Personality QUIZ: Which character from You are you?
Another Strictly star has pulled out of the live show
This TikTok hack shows you how to pack more despite baggage allowance
Addison Rae temporarily banned from TikTok
Tributes paid to Limerick based blogger and model Patrick McLoughney
Lidl closing early this weekend to thank staff for hard work
You may also like
4 days ago
Demi Lovato says we should stop calling extraterrestrials "aliens" as it is a "derogatory" term
4 days ago
Fans aren't happy with Kylie Jenner's "disturbing" Halloween make-up promos
4 days ago
Nicki Minaj defends Jesy Nelson amid blackfishing claims
1 week ago
Love Island's Toby reveals he is no longer friends with co-star Jake
1 week ago
Ariana Grande granted restraining order against stalker who allegedly threatened to kill her
2 weeks ago
Hollyoak's Stephanie Davis has experienced a miscarriage
Next Page