Coachella was the place to be last weekend as the music and arts festival in Indio, California got off to a brilliant start.

The weekend's acts read like a list of who's who in Hollywood with Pharrell, Beyoncé, Solange, Snoop Dogg, Arcade Fire, Gwen Stefani, Jay-Z, Puff Daddy and Debbie Harry in attendance.

However, those attending the festival were also of interest with rumours circulating that Katy Perry and Robert Pattinson are more than friends after they were spotted hanging out together during the weekend's festivities. 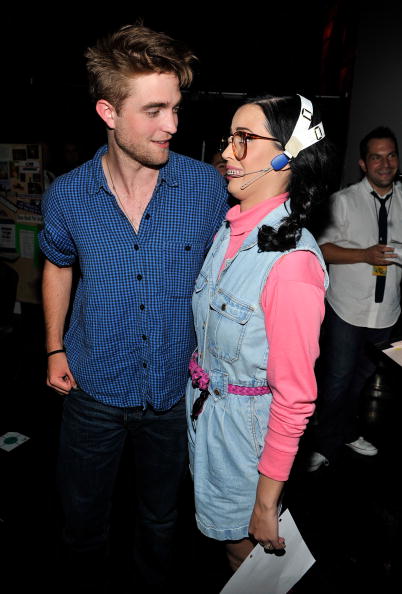 END_OF_DOCUMENT_TOKEN_TO_BE_REPLACED

There have been rumours about these two for quite some time

An eyewitness at the H&M party told E! News that Pattinson and Perry clearly had a good time together, saying that they looked to be having a great time while dancing and laughing in the VIP area.

Another source told Celebuzz: "They arrived separately 10 minutes apart from one another around 1:30 am. The two met up at the VIP section during Major Lazer's set and shared a friendly hug".

There has been speculation that the pair were seeing each other before this and last year a video surfaced of the pair doing a little karaoke to Boys II Men.

END_OF_DOCUMENT_TOKEN_TO_BE_REPLACED

In an interview last year Katy spoke about the rumours saying: "We were just hanging out, we have a lot of, er, friends…one of my best friends is a mutual friend of ours," she said.

"We got wasted and did karaoke, like people do, about eight years ago and it f***ing finally showed up on the internet! At least this shows that we're actually friends!"

It's hard to know what's going on here but we shall be keeping a close eye for any further developments!