"If anyone had a hissy fit, it must have been Meghan."

Kate Middleton's uncle Gary Goldsmith has addressed rumours that his niece made Meghan Markle cry over bridesmaid dresses a few years ago.

This marks this first time Kate's family have spoken about the Harry and Meghan interview with Oprah Winfrey.

END_OF_DOCUMENT_TOKEN_TO_BE_REPLACED

During the CBS special, Meghan addressed an incident that happened while she was planning her wedding. At the time, it was reported that Kate made Meghan cry over Princess Charlotte's dress, but the Duchess of Sussex claimed that this was not the case.

Markle told Oprah: "A few days before the wedding she was upset about something - yes the issue was correct, about the flower girl dresses - and it made me cry and it really hurt my feelings."

Meghan clarified that Kate apologised, and sent a note and some flowers to clear the air.

"She was upset about something," Meghan said. "But she owned it and she apologised."

Now, Kate's uncle Gary has given his two cents on the matter.

He told the Mail on Sunday: "I’ve known Kate since she was born and she doesn’t have a mean bone in her body. It's just simply not in her nature." 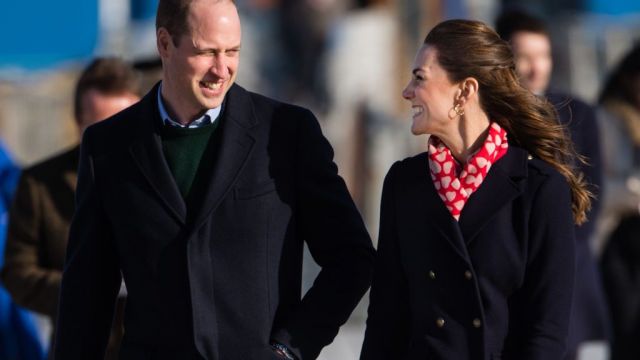 He continued: "She's even lovelier on the inside than on the outside. If anyone had a hissy fit, it must have been Meghan."

END_OF_DOCUMENT_TOKEN_TO_BE_REPLACED

But that's not all.

He added: "Kate would have been trying to make the peace. I would fight for Kate's honour until the day I die. She's the most spectacular person I've ever met."

Bit extreme if you ask me.

Since Harry and Meghan's tell-all interview, the royal family have just briefly commented on the revelations.

Last month, the Queen said that the entire family are "saddened to learn the full extent of how challenging the last few years have been for Harry and Meghan."

She described the issues raised as "concerning".

Prince William, meanwhile, insisted that they are "very much not a racist family".

popular
Fans unimpressed with the Love Island reunion
Weather advisory issued as temperatures in Ireland set to soar again
Everything we know about the Love Island reunion
Lauren Goodger assaulted and taken to hospital after baby girl's funeral
Tasha's dad responds to Jacques' Instagram video
Are You The One? UK's Thérèse Mullaghan opens up on the reason she went on the show
Love Island's Adam responds to claims him and Paige have split up
You may also like
2 weeks ago
Harry and Meghan have apparently been given a rather mean nickname by neighbours
2 months ago
Harry and Meghan release brand new picture of Lilibet to mark 1st birthday
3 months ago
Meghan Markle and Prince Harry nearly named their son Harrison
5 months ago
The dress Meghan Markle wore in her Oprah interview is going into a museum
5 months ago
Turns out, the Duchess of Cornwall had a rather harsh nickname for Meghan
5 months ago
Prince Harry reveals he "does not feel safe" coming back to the UK
Next Page