No really, they don't.

The Kardashians are rich.

They are rich people.

END_OF_DOCUMENT_TOKEN_TO_BE_REPLACED

They made their millions, then they made their billions, and then some of them claimed to be the world's first self made billionaire even though that's debatable, but whatever.

You would think though, that having unlimited amounts of money would mean certain things in life were a given.

Like not ever needing to worry about bills, for example. Or having several (full) walk-in wardrobes. Or getting Starbucks every morning and not feeling guilty about it.

Or having basins in your sinks.

We can't speak for the rest of the Kardashians, but if Kim is anything to go by (and she is), then it must simply be true that the family have an intense aversion to the curved ceramic bowl that collects and subsequently drains water once you've washed you hands.

Because Kim's bathroom has taps and no basin... and nothing is sacred. 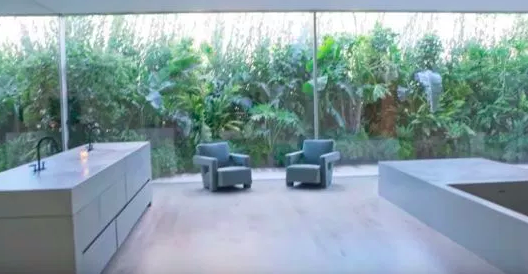 END_OF_DOCUMENT_TOKEN_TO_BE_REPLACED

Where does the water go? Where does it collect? What if you were trying to clean your goldfish out and had to put him in the sink for a bit while you changed the water but there was no basin and he just flopped around on some flat surface and eventually died?

Kim made the (shameful?) admission during a tour of her Calabasas mansion for Vogue when she showed off her his and hers master bathroom.

You know what she couldn't show off though?

Guess some people really don't have it all.

Girls With Goals || Her · Ep.160: The Beauty Of Coaching - Hayley Harrison joins us from Sport Ireland
popular
Doctors warning young people against 'sun cream contouring' TikTok trend
28 amazing Irish glamping spots for your 2021 staycation
Easy DIY: A super-chic pallet daybed for garden entertaining
Louise Redknapp just admitted a shocking truth about her ex husband, Jamie Redknapp
The countdown is on! 10 things we'll be racing to Penneys for when they open
Someone has ranked the penis size of men from all over the world
Meghan and Harry share new photo of Archie to mark second birthday
You may also like
2 months ago
It's over: Kim Kardashian files for divorce from Kanye West after seven years of marriage
10 months ago
Kim Kardashian is launching her own true crime podcast with Spotify
1 year ago
Kim Kardashian says production on KUWTK 'shut down for a week' after her fight with Kourtney
1 year ago
Kylie Jenner shows Kim Kardashian her favourite mascara hack and it's actually a game changer
1 year ago
Kim Kardashian's eldest daughter looks 'like a teenager' in latest snap
1 year ago
1991-2019: The evolution of the ICONIC Kardashian Christmas card
Next Page