Kylie Jenner has confirmed her split from Travis Scott, saying that she and the rapper are on "great terms."

The 22-year-old took to Twitter this afternoon to confirm that she and Travis had split up, but that many of the stories circulating about the breakup are untrue. 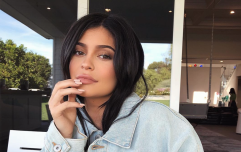 END_OF_DOCUMENT_TOKEN_TO_BE_REPLACED

"The internet makes everything 100 times more dramatic than what it really is," she said.

"There was no '2am date with Tyga.' You see me drop two of my friends off at a studio that he happened to be at.

"Travis and I are on great terms and our main focus right now is Stormi. Our friendship and our daughter is priority."

This comes after PEOPLE magazine reported that the couple had decided to take some time away from each other.

"They are taking some time but not done," said a source. "They still have some trust issues but their problems have stemmed more from the stress of their lifestyles.” 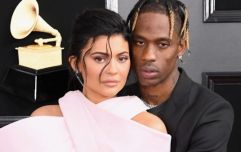 END_OF_DOCUMENT_TOKEN_TO_BE_REPLACED

Kylie and Travis will reportedly have equal custody of their daughter.

The couple have agreed to a 50/50 split in time with the one-year-old. They had no issues in coming to an agreement and have not involved lawyers, an insider said.

Girls With Goals || Her · Ep.161: Feeling Peachy - Sharon Keegan of Peachylean on being an absolute BOSS!
popular
The DIY frozen coffee recipe that's so delicious you'll never pay for an iced latte again
Women's anger after being told to leave Wetherspoons for wearing "inappropriate" tops
No, you really shouldn't be "dry scooping" your pre-workout powder
5 best road trips to do in Ireland this summer
FM104 apologise for "making light" of voicemail from 4-year-old boy with additional needs
Fashion brand Shein accused of trademark infringement
Chrissy Teigen makes second public apology for "awful" cyberbullying
You may also like
8 months ago
Kylie Jenner boosts US voter registration traffic by 1,500%
1 year ago
Kylie Jenner shows Kim Kardashian her favourite mascara hack and it's actually a game changer
1 year ago
Kylie Jenner shares unseen photo from her pregnancy ahead of Stormi's second birthday
1 year ago
Kylie Jenner sent a message to Jacqueline Jossa and her reaction was priceless
1 year ago
WATCH: Kylie Jenner performed Rise and Shine at a charity event with Justin Bieber
1 year ago
Kylie Jenner's grandmother thinks she knows the reason behind her split with Travis Scott
Next Page