Lindsay Lohan Reveals She Had Miscarriage During Filming Of Reality Show

Lindsay Lohan has revealed that she suffered a miscarriage during the filming of her reality television series.

The season finale of the 27-year-old’s OWN network documentary, Lindsay, aired stateside on Sunday night and viewers watched the actress announce the news.

In the last few moments of the two-hour long programme Lohan disclosed the information while explaining the reason behind her absence during the filming of the show.

END_OF_DOCUMENT_TOKEN_TO_BE_REPLACED 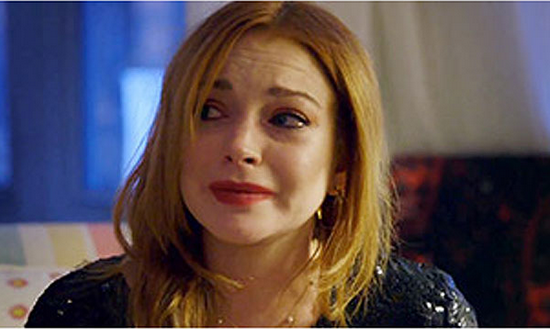 Fighting back the tears, Lohan told the camera: “No one knows this, and we can finish after this, I had a miscarriage for the two weeks that I took off."

After a moment of silence she continued: "It's a very long story."

The troubled actress explained that her miscarriage occurred during the highly profiled two-week period that she was rumoured to have held up production.

"I was sick. And mentally that messes with you," she said.

Girls With Goals || Her · Ep.151: 'A Story Shared' - Aoife P. Rafter on blogging during a pandemic and living with CF
popular
Around the world: The most popular baby names in major cities across the globe
Matt LeBlanc And Matthew Perry Reveal Reason Why They Didn’t Attend Jennifer Aniston’s Wedding
Netflix announces new true crime documentary series: The Vanishing At The Cecil Hotel
Irish people are smoking more since start of pandemic, says study
Here's the average age people lose their virginity around the world
Someone has ranked the penis size of men from all over the world
Multiple concerts to be planned across EU to mark end of Covid this summer
You may also like
1 year ago
Turns out, this colour of wine gives you the WORST hangover
4 years ago
Pretty Little Liars actor Brandon Jones could be facing over five years in prison
4 years ago
Gwen Stefani Receives Massive Backlash After "Insulting" April Fools' Prank
4 years ago
Katie Price Names And Shames The Twitter Trolls Bullying Her Son Harvey
4 years ago
Kim Kardashian Blasts "Body-Shaming and Slut-Shaming" In Brilliantly Honest Post
4 years ago
WATCH: Emma Watson Launched HeForShe Arts Week On International Women’s Day
Next Page