Royal couples never seem to be able to escape baby rumours but Kate Middleton appears to have denied that she and William are planning on having any more kids.

There was speculation in January of this year that she was expecting baby number four after bookies slashed odds on her being pregnant. 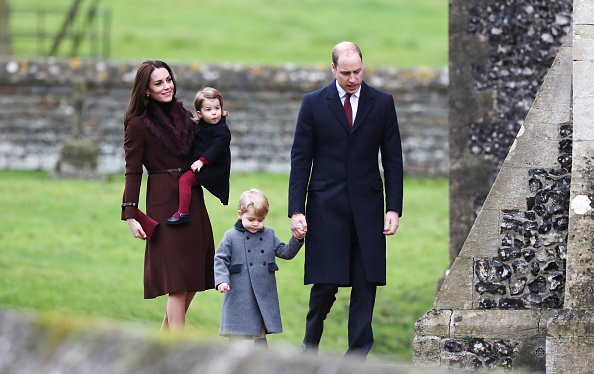 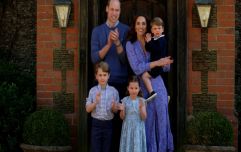 END_OF_DOCUMENT_TOKEN_TO_BE_REPLACED

Still, no announcement has come and if what Kate's just said is anything to go by, her three kids needn't worry about getting another sibling in the future.

According to royal correspondent Robert Jobson, the Duchess was greeting crowds during her trip to Northern Ireland yesterday when she bumped into a young dad and his five-month-old son.

She joked that she felt a little broody but added that her husband would be concerned about adding to their brood.

While meeting little James might have given Kate a touch of baby fever, it's fair to say she has her hands full.

Prince Louis turns one next month, Charlotte will be four in May and eldest child George turns six in July.

popular
Eoghan McDermott is set to be replaced by another Irish comedian on Love Island Australia
Fashion detox: All you need for the perfect wardrobe is 37 items of clothing
Katie Price's family release statement after her reported arrest for drink-driving
Andrew McGinley praised for strength after cruel Twitter comment
Brian Laundrie's family issue statement as search due to be scaled back
R. Kelly is finally found guilty - but why did it take so long?
TikTok star Gabriel Salazar dies aged 19, say friends and family
You may also like
1 month ago
Kim Kardashian addresses "nasty" Kate Middleton comparisons while pregnant
2 months ago
“Mummy, please stop taking photographs” - Prince George turns 8 years old today
2 months ago
Kate Middleton confesses "mum guilt" around saying goodbye to her children
2 months ago
Prince George to be kept out of limelight after "barrage of social media abuse"
2 months ago
Kate "not keen" on Prince George wearing football kit to match
2 months ago
Kate Middleton self-isolating after coming into contact with Covid-19 case
Next Page