So important to get checked.

Love Island star Amy Hart has revealed that she recently received a positive HPV test result after going to get a smear test.

The 28 year old discussed her recent health check up in an Instagram Q&A, telling her followers that she will need to go for another smear test later this year.

END_OF_DOCUMENT_TOKEN_TO_BE_REPLACED

Speaking candidly on her story, Amy said: "I did my research and found that 80 per cent of men and women in their lifetimes will get HPV. It’s virus. It’s quite normal apparently.

"I had a smear last year. It came back with HPV. They said come back in a year so I went back today. She said the results will be in two weeks. 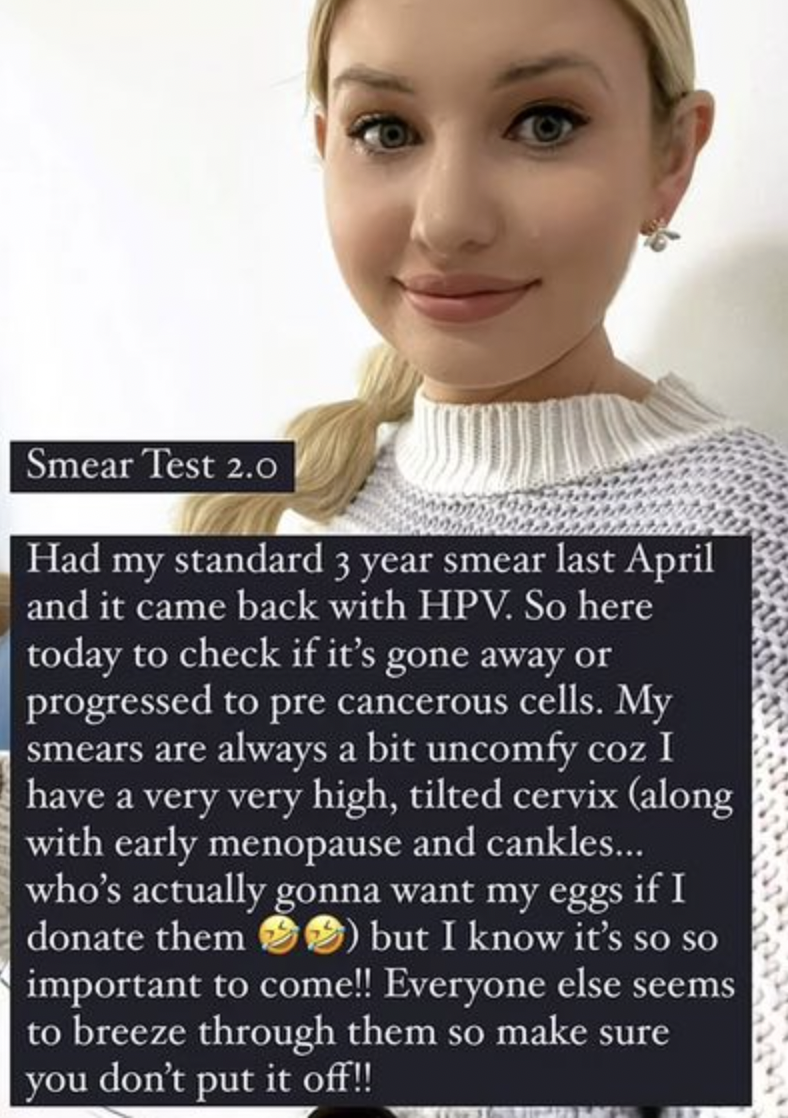 “Of HPV is there they’ll look at my cells and do a biopsy on the cells so that’s where I am at the moment.”

END_OF_DOCUMENT_TOKEN_TO_BE_REPLACED

Explaining that the smear tests were more uncomfortable than painful as she has a "very very high, tilted cervix", she still urged those following her to book their own.

She continued: "I know it’s so so important. Everyone else seems to breeze through them so make sure you don’t put it off!!

"I literally cough and I tell Sam[her boyfriend] so we had just met so obviously I did tell him. Like I say I tell Sam everything so then it’s easier for him to be supportive.

“I mean not many boys have girlfriends who talk about their innards in national tv so he’s pretty desensitised now.”