Prince Harry will travel to the UK later this month.

Meghan Markle has no plans to join Prince Harry in the UK this summer, and will stay with her two children in Montecito, California instead.

Sources told Victoria Wood, a royal correspondent, that Markle will not be making the trip. The clarification comes amid a report on a US website stating that she would return to the UK with her husband.

END_OF_DOCUMENT_TOKEN_TO_BE_REPLACED

This decision is understandable, particularly given the fact that she just had a baby.

Next month, Prince Harry will attend an event in the UK to mark what would have been his mother's 60th birthday. A statue of Princess Diana will be installed on her birthday, 1 July, at the Sunken Garden in London's Kensington Palace. 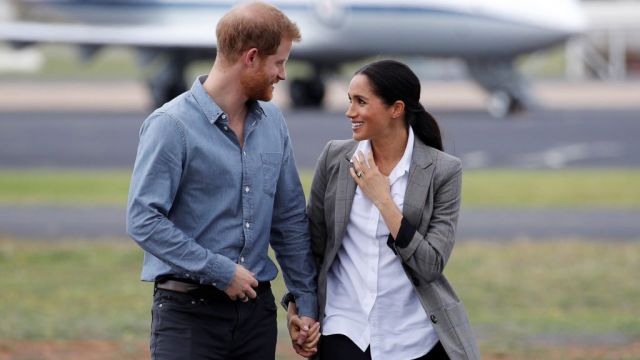 END_OF_DOCUMENT_TOKEN_TO_BE_REPLACED

The baby girl is named after her grandmother, Princess Diana, as well as her great-grandmother Queen Elizabeth II.

In a statement, the couple spoke about their joy at the arrival of their first daughter.

"On June 4th, we were blessed with the arrival of our daughter, Lili," they said.

END_OF_DOCUMENT_TOKEN_TO_BE_REPLACED

"She is more than we could have ever imagined, and we remain grateful for the love and prayers we've felt from across the globe. Thank you for your continued kindness and support during this special time for our family."

Earlier this year, Prince Harry and Meghan Markle spoke openly about their decision to leave the Royal Family during a tell-all interview with Oprah Winfrey. Since then, Harry has said that he hopes to "break the cycle" of generational pain for his own children.

During his appearance on the Armchair Expert Podcast, Harry said: "We as parents should be doing the most we can to try and say 'you know what, that happened to me, I'm going to make sure that doesn't happen to you."

popular
Gerard Butler pays tribute to "brother in arms" Darius Danesh
Vogue Williams slams man who refused to swap seats with her on plane
Sarah Jessica Parker offers to help out at Dublin restaurant
Three children among 12 killed in massive European storm
This is the exact date the weather will get warm again
New Zealand family find two bodies in second hand suitcases
Journalist Richard Engel shares news his six year old son has died
You may also like
3 weeks ago
Harry and Meghan have apparently been given a rather mean nickname by neighbours
2 months ago
Harry and Meghan release brand new picture of Lilibet to mark 1st birthday
4 months ago
Meghan Markle and Prince Harry nearly named their son Harrison
5 months ago
The dress Meghan Markle wore in her Oprah interview is going into a museum
5 months ago
Turns out, the Duchess of Cornwall had a rather harsh nickname for Meghan
6 months ago
Prince Harry reveals he "does not feel safe" coming back to the UK
Next Page